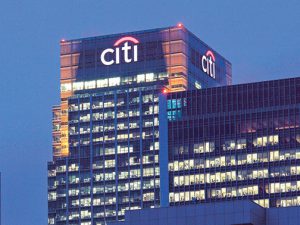 Citigroup Inc said it has hired 5,500 young employees for its Asia businesses over the last two years, ahead of its target to recruit 6,000 by 2023, after stepping up efforts to help cushion the region from soaring youth unemployment amid the pandemic.
Consumer banking operation has taken up 48% of the overall hires, followed by 31% for the institutional businesses with the remainder in support functions, according to a Hong Kong-based spokesman. About 58% of the hires were female.
Asia Pacific is home to more than half of the world’s youth population, estimated at 700 million people. They accounted for almost half of the region’s unemployed, even though they make up just 20% of the working-age population, according to the International Labor Organisation.
“Youth are key to Asia Pacific’s Covid-19 recovery and to inclusive growth across the region,” Peter Babej, Citi’s Asia Pacific Chief Executive Officer, said in a statement.
Meanwhile, Citigroup has been seeking buyers for some consumer franchises in Asia as it reshapes itself around more profitable units like investment banking, and focuses its wealth business in hubs in Hong Kong, London and Singapore. Close to half of the 5,500 were hired across the bank’s consumer business including some markets it plans to exit, and those staff would be offered options such as new jobs within the bank or transfer to the new buyer, said the spokesman.
Citigroup and Citi Foundation have invested more than $24.5 million in supporting 49 youth employment programs since 2020, and has pledged to commit $35 million to advance economic opportunities and employability for youth from low-income and underserved communities in the region by 2023.
Global banks including Goldman Sachs Group Inc. and Bank of America Corp are also directing more funds and
resources to comply with the environmental, social and governance objectives.