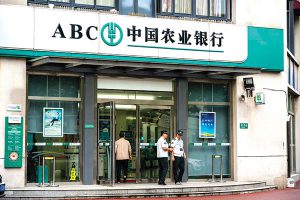 Several of China’s largest banks have become more selective about funding real estate projects by local government financing vehicles, concerned that some are taking on too much risk after they replaced private developers as key buyers of land.
At least five state-run banks have imposed new restrictions this year on loans to weaker local government financing vehicles (LGFVs) seeking to buy land and develop new real estate projects, said the people, asking not to be identified discussing a private matter. Banks are being more stringent in assessing the financial strength of the local economy and the sales prospects of the projects.
China’s biggest lenders are walking a fine line over the property sector, which has been battered by a series of debt defaults, plunging home sales and lower prices in some cities. While banks are being encouraged by regulators to extend credit to stronger developers, they’re also under pressure to keep loan losses contained and avoid financing property firms and LGFVs that have borrowed excessively.
A Bloomberg Intelligence gauge of China real estate developers extended losses in afternoon trading, dropping 4.3% for the biggest decline in four months. The CSI 300 Real Estate Index closed 2.8% lower.
Tighter lending also heightens default risks for LGFVs. They’ve become major borrowers in domestic and offshore credit markets with combined debt loads that have exploded to more than $8 trillion in recent years and whose credit ratings are closely tied to the financial strength of local governments.
LGFVs have stepped up purchases of land parcels as cash-strapped developers like China Evergrande Group hoard cash, supporting a slumping market. A major drop in land sales would bode ill for the world’s second-largest economy, which slowed in the third quarter as the property and construction sectors shrank.
People familiar with the banks’ assessments said it remains unclear if local governments can afford to support these state-backed firms if risks explode, as some of them lack industry expertise and only play refinancing roles for land
purchases. In the city of Shenzhen, LGFVs bought 82% of the land parcels in a round of centralised land sales in November, compared with 18% in September, according to Bloomberg calculations based on official data.
The total debt of LGFVs soared to about 53 trillion yuan at the end of 2020 from 16 trillion yuan in 2013, according to economists at Goldman Sachs Group Inc. That’s more than half the size of China’s GDP.
To help local governments beef up their spending power, Beijing has allowed them to sell some infrastructure bonds early, just as it did in past years when top policy makers were keen to get the provinces to borrow and spend as quickly as possible. China plans to keep its 2022 quota for local government special bond sales unchanged from last year at 3.65 trillion yuan, Bloomberg reported.
Chinese banks had more than 51.4 trillion yuan of outstanding loans to the real estate sector as of September. The exposure was more than any other industry, and accounted for about 27%
of the nation’s total lending,
according to official data.