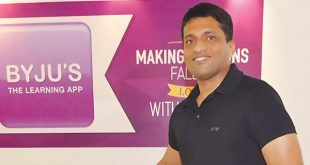 Chinese technology giant Lenovo said on Thursday it posted a net loss last year, as its smartphones struggle to keep apace with Apple and Android rivals and as the market for personal computers fizzles.
The Beijing-based company, which has traditionally manufactured computers but has been trying to broaden its smartphone business after scooping up Motorola two years ago, reported a $128mn net loss for the year ending March 31, compared with a net profit of $829mn in the same period last year. “They are still trying to find a way to turn their business around that’s why they are recording a loss right now,” financial analyst Jackson Wong said.
“They have not done extremely well in China, other brand names are doing much better,” said Wong, the associate director for Simsen Financial Group, adding that their traditional business of manufacturing PCs is in decline.
Analyst Dickie Wong of Kingston Securities said the company was failing to snatch customers from competitors.
“If I want to buy a cellphone I would pick Apple or Samsung. If I want to buy a cheap cell phone I’ll pick Xiaomi,” Dickie Wong said.
The company’s revenue also fell three percent to $44.91 billion, it said in a filing to the Hong Kong stock exchange Thursday.
It added that global smartphone shipments fell 13 percent year-on-year, and that its market share in the worldwide smartphone market dipped one percent to 4.6 percent.
“In view of the softer demand and keen market competition, the group accelerated its actions to build up the quality of its mobile business,” it said. Revenue from PC sales, which accounts for the lion’s share of its business, was down 11 percent year-on-year, dragged by currency fluctuations and a slumping demand.