Central banks must stick to hikes as economy slows: OECD 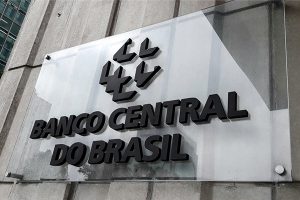 The world’s central banks must keep raising interest rates to fight soaring and pervasive inflation, even as the global economy sinks into a significant slowdown, the Organisation for Economic Co-operation and Development (OECD) said on Tuesday.
The unexpected surge in prices and its impact on real incomes is hurting people everywhere, creating problems that will only worsen if policymakers fail to act, the Paris-based organisation said.
The OECD raised forecasts for 2023 inflation compared with its September projections and predicted price increases the following year will remain well above many central bank targets: at 2.6% in the US, 3.4% in the euro area and 3.3% in the UK.
“Right now controlling inflation has to be the top priority otherwise we might end up with a wage-price spiral like we had in the 1970s, or we end up with a situation that inflation becomes so entrenched that the pain needed to control it will be even greater,” OECD’s interim chief economist, Alvaro Santos Pereira, told Bloomberg News in an interview.
“Risks of over-shooting are certainly less than risks of inaction,” he added.
The policy prescription comes at a difficult juncture for the world economy, which is already slowing under the burden of surging energy costs as Russia wages its war in Ukraine. Another risk of higher interest rates is the rising cost of credit, particularly for low-income countries. Two-thirds of these are already in high debt distress, according to the OECD.
Still, the organisation said some early signs of success in taming prices show that central banks should stay on a restrictive course. It highlighted Brazil as a country where a swift start to rate hikes means inflation has started to ease in recent months. Recent data also points to some progress in fighting US inflation.
The OECD said that while the global economy will suffer a “significant growth slowdown,” it isn’t currently forecasting a recession. Indeed, it revised up some of its growth predictions, notably for the euro area, where it now sees a 0.5% expansion in 2023 instead of the 0.3% it forecast in September.
Pereira said household savings from the pandemic are cushioning consumption and that fiscal policy support in Europe has been “fairly significant” compared with the OECD’s September assessment. He cautioned that it must be better targeted, however, to ensure it protects only vulnerable households without further stoking inflation or over-burdening public finances.
“In the fight against rising prices, it is also essential that fiscal policy works hand-in-hand with monetary policy,” Pereira said in an introduction to the OECD’s latest economic report. “Fiscal choices that add to inflationary pressures will result in even higher policy rates to control inflation.”