Can Thailand avoid the middle-income trap? 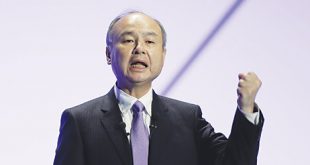 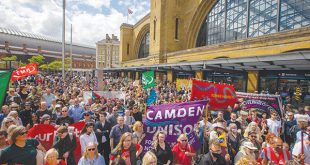 The UK’s rail strike is a warning for US

The EU should think hard about admitting Ukraine

The term “middle-income trap“ has gained prominence among academics and policymakers in recent years. The term refers to the phenomenon in which economies stop growing before they become rich. The heightened interest in the issue is understandable, given half of the countries in the world are middle-income countries and the majority of them are likely to be stuck there for a long time, if not forever.
Many countries in Asia are invariably facing the risk of falling into the trap; Thailand is one of them.
By and large, Thailand has had a successful economic history. It grew at a sustained annual rate of 7 percent for nearly 35 years starting in the early 1960s. As a result, per capita income increased 30-fold, from less than $100 in 1962 to over $3,000 in 1996. This growth steered the country into its current middle-income status. However, since the Asian financial crisis in 1997, Thailand has been struggling to maintain a decent economic performance. The growth rate has been highly volatile — swinging from 0.8 percent in 2011 to 7.3 percent in 2012 and back to 2.8 percent in 2013. GDP growth has averaged around 4 percent, which pales in comparison with other middle-income and East Asian countries.
At the heart of Thailand’s economic trouble lie perennial political and governance failures. Thailand is going through a turbulent political period. Political control has been constantly shifting hands between opposing powers supported by different interest groups in Thai society. The two military coups d’états in 2006 and 2014 have seriously undermined democratic institutions and practices.
In order to wither potential threats to their power, incumbent rulers on either side tend to implement policies that benefit their own support groups—businessmen and urban elites for the current military rulers and rural farmers and students for the ousted Pheu Thai Party. This myopic view toward governance has resulted in massively inefficient allocation of resources and has created distortions in the economy. Thailand has been unable to take a long-term view of the economy and to identify a future growth trajectory. As a consequence, the country is failing to keep up with the continuously expanding global technology frontier, which is the key to economic growth in modern times.
In the past, catch-up growth was the key to Thailand’s success. The country started far behind the global technology frontier and learnt from others to improve efficiency. Additionally, early economic reforms released a huge surplus of low-cost labor as the economy transited from labor-intensive agro-based primary industries to the capital-driven, export-oriented manufacturing sector. This helped Thailand to attract large amounts of FDI in sectors like electronics and automobiles, which not only boosted exports but also integrated Thailand into the global value chain. However, over the years, the early benefits of high factor endowment and increased productivity have reached the natural limit. Wages are rising and the country is losing competitiveness to its low-cost Asian neighbours.
In the absence of advanced technological know-how, Thailand can neither compete with high-tech, high-value goods and service producers nor with the low-cost manufactures. Unlike the countries that managed to move on to high-income status, even in its heyday, Thailand didn’t invest in the R&D efforts necessary to foster domestic innovation. Its expenditure in R&D as a percentage of GDP stands very low — 0.39 as of 2011. Today, Thailand has the symptoms of the middle-income trap, including low growth and a middle per-capita income range.
So what can the Thai government do?
Given the difficult political scenario in the country, building an R&D ecosystem, which has been neglected for far too long, is the best way forward. Investing in R&D would help Thailand to operate closer to the global technological frontier and compete farther up the value chain. The model was successfully tried in South Korea, where a government-led innovation ecosystem spurred the type of growth that can sustain itself for a long period.
Creation of a national R&D ecosystem requires investment in improving the quality of tertiary education, creating specialized research centers and facilities, and linking research with businesses and industries. It also requires more scholarships and teaching facilities to train youths in subjects like mathematics, science, and engineering. Additionally, the government should initiate the founding of advanced research facilities along the model of the Korea Advanced Institute of Sciences (KAIST), which played a vital role in Korean industrialization in the 1970s and 1980s. Finally, business and industries should encouraged to commercialize research output.
More investment in education and R&D would create win-win benefits for both of the conflicting political powers and their support networks, and thus would most likely survive any future political change. On the one hand, students will have access to high-quality education, modern research facilities, and more importantly, opportunities for upward socio-economic mobility. On the other hand, businesses will have access to modern technology and know-how that enables them to offer new products and services and to enhance their competitiveness in global market.
However, investing in R&D to spur domestic innovation and technological advancement is a necessary but not sufficient condition for Thailand’s economy to grow in long run. Other complementary policy measures would include openness to further integration into the global value chain, fewer market distortions, financial development, tackling corruption and inequality, and inclusive governance and institutions, among others.
Moreover, the reform process might be slow and some sections of the society may benefit later than others. Farmers, for example, might not see the immediate benefits in the reform and thus may not readily support it.
Thailand can avoid the middle-income trap by promoting a domestic R&D ecosystem. However, the success is contingent upon the political willingness to initiate the long-term structural changes necessary for creating a knowledge-based and modern economy.

Bishal Chalise is a graduate student of
International and Development Economics at Crawford School of Public Policy in ANU,
Australia and also the President of Artha Foundation for Economic and Financial Research