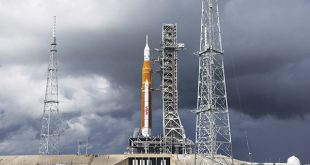 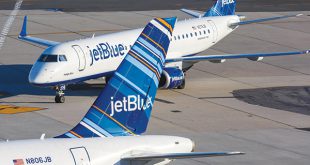 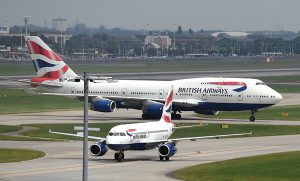 British Airways check-in staff approved a pay settlement that their union said amounts to a 13% raise, while Uber Technologies Inc agreed to raise fares in the UK to boost earnings for its drivers.
BA employees “overwhelmingly backed” the settlement, the Unite union said, after announcing last month that an agreement had been reached to avert strikes at the carrier’s London Heathrow hub.
Millions of Britons are facing a cost-of-living crisis amid the highest inflation in 40 years. It’s perhaps the single most important domestic issue facing the government as the Conservative Party determines who will succeed outgoing Prime Minister Boris Johnson when he steps down next month, following pressure from the party.
The BA accord, which warded off the threat of a strike at the peak of the summer travel season, will see workers receive a lump sum worth 5% of their wages in August, a consolidated 5% increase in September, and a further 3% consolidated raise in December. Uber fares will rise across Britain with London ride prices going up by an average of 5%, the GMB union said, raising earnings for tens of thousands of drivers.
Rising costs and forecasts for soaring winter energy bills, along with a severe staff shortage are leading to what some are calling a summer of discontent in the UK. In addition to train drivers and transport workers, postal staff to barristers have walked out or are planning further protests.
More than 500 dock workers at the UK’s port of Liverpool voted to strike over wages after being offered a 7% pay increase by terminal owner Peel Ports Ltd that the Unite union said was “inadequate” in a statement.
While dates haven’t been set for the action, a strike threatens to slow trade flows.

London Heathrow airport extended a capacity cap through the end of the summer season as the UK’s biggest hub contends with a prolonged labour shortage at ground-handling firms.
Following consultation with airlines, a daily limit of 100,000 departing passengers will now apply until October 29, Heathrow said.
The airport said the measure will support “more reliable and resilient passenger journeys,” reiterating that there have been fewer last-minute cancellations, better punctuality and shorter wait times for bags since curbs were introduced.
Heathrow’s move to extend curbs comes after Amsterdam’s Schiphol hub said earlier this month that its limits would run through October.