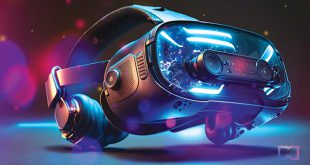 Li Ka-shing, the billionaire who made early investments in the likes of Siri and Facebook Inc., is examining startups involved in artificial intelligence and 3D printing to find the next company that could shake up the technology world.
Through his charity, Hong Kong’s richest man has most recently been looking at investing in the field of carmaking via 3-D printing, Li Ka Shing Foundation Director Frank Sixt said in an interview in Hong Kong on Tuesday. Li is also keen on startups involved in artificial intelligence, big data and high-tech food such as the meatless “ Impossible Burger,” he said.
Providing seed money may only be a small part of Li’s empire — the 88-year-old runs telecommunications-to-infrastructure giant CK Hutchison Holdings Ltd. — but his interests provide a rare glimpse into the views of a man who’s known as “Superman” by the local media for his business acumen. Other tech investments he’s made in include Spotify Ltd., Airbnb Inc. and Google’s DeepMind.
“Trying to understand what investments have the potential to be very disruptive, but also in a very good way, to sort of transform the way we all live our lives in the future is a big theme in choosing investments,” said Sixt, 64, who aside from his role at the foundation has a bigger day job in being finance director at CK Hutchison.
Artificial intelligence, in particular, has been on Li’s mind. In a wide-ranging interview earlier this year with Bloomberg Television’s Angie Lau, the tycoon mentioned the topic at least four times.
The surge in computing power, the amount of memory available and falling costs have led to a “rebirth in every type of artificial intelligence endeavor,” Sixt said. For example, it’s possible that within a decade, people will no longer need to call customer-service representatives because they’ll be able to sort everything out via their devices or through a virtual agent powered by AI, he said.