Bangladesh on track to become a trillion-dollar economy by 2040 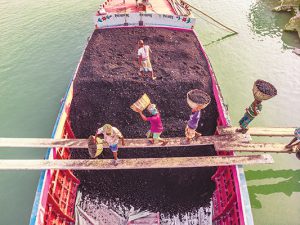 Bangladesh is on course to become a $1 trillion economy by 2040, driven by consumer optimism, innovation in emerging economic sectors and a young engaged workforce, according to Boston Consulting Group (BCG).
With average annual growth of 6.4% between 2016 and 2021, the South Asian nation has
outpaced peers such as India, Indonesia, Vietnam, the Philippines and Thailand, BCG wrote in a report.
Bangladesh’s domestic consumer market is set to become the ninth-largest in the world. And a rapidly expanding middle and affluent class is projected to rise substantially between 2020 and 2025, the report said, with a robust gig economy propping up a workforce where the median age is just 28.
“The country could have easily been overshadowed by its neighbor to the northeast — China — or its continental cousin to the west — India — but in this region of economic powerhouses, Bangladesh stands tall,” BCG wrote.
Bangladesh progressed from a low-income to lower-middle-income country in 2015. Though that’s five years later than India, Bangladesh’s GDP per capita is already higher than its neighbour. The nation aims to become an upper-middle-income country by 2031. Some challenges
remain. Recent issues with liquidity, as well as foreign exchange and inflationary pressures, may slow growth in the short term, according to BCG.