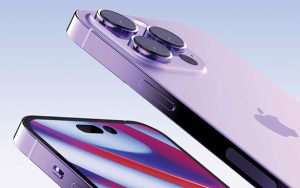 Apple Inc announced plans to hold a launch event on September 7, when the tech giant is expected to unveil the iPhone 14 lineup and its next slate of smartwatches, confirming a date that was reported by Bloomberg News.
The company sent out invitations for a presentation titled “Far Out,” describing it as an in-person event at the Steve Jobs Theater at its headquarters in Cupertino, California.
The company will also livestream the event on its website, continuing an approach it’s used since pandemic began.
Launching a new iPhone is always a big moment for Apple, which counted on the device for more than half of its $366 billion in annual sales last year. But there’s additional pressure this year as the company faces a slowdown in consumer spending — particularly in the smartphone industry — and needs its latest technology to entice buyers. It’s also planning a more ambitious product rollout than usual in the coming months, with a flurry of new Macs, iPads, AirPods and even a mixed-reality headset expected by the first half of 2023.
The event will be Apple’s third of the year, following up on a March launch for Mac Studio, 5G iPhone SE and new iPad Air, in addition to a preview of iOS 16, macOS Ventura and other new software features at company’s June developer conference.
At the September 7 presentation, Apple plans to announce four new iPhone 14 models and three new versions of the Apple Watch, Bloomberg News has reported. The new iPhone line will continue to be split into two standard versions and two Pro models. For the first time, however, Apple will offer a large, 6.7-inch version of the standard iPhone. And it won’t offer a mini model the way it did with the iPhone 12 and iPhone 13.
The bulk of enhancements this year will come to the iPhone 14 Pro line, which will gain a new 48-megapixel rear camera, a faster processor, improved battery life, video recording enhancements and a redesigned front camera system. On the Pro versions, the notch cutout introduced with iPhone X in 2017 will be replaced with hole-punch and pill-shaped cutouts for the front camera and Face ID sensors.
The new Apple Watch lineup will represent the company’s biggest set of changes to the device since its initial release in 2015. That will include an update to the Apple Watch SE with a faster processor. There also will be an Apple Watch Series 8 model with a body-temperature sensor and new features for women’s health. And the company is releasing a new high-end version that will likely be dubbed the Apple Watch Pro.
While the Apple Watch Series 8 will look similar to last year’s Series 7, the Pro version will have a fresh design, a slightly larger display and a bigger battery. The new device will be aimed at sportier consumers and will come in a more rugged titanium material.
Around October, Apple is planning to release significant updates to iPad Pro and entry-level iPad, in addition to new Macs with M2 Pro-based processors.
Earlier this week, the company confirmed a Bloomberg report that said iPadOS would be delayed until after iOS 16. The iPad software update will be released in October alongside macOS Ventura. 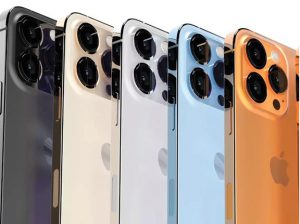 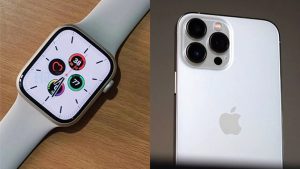 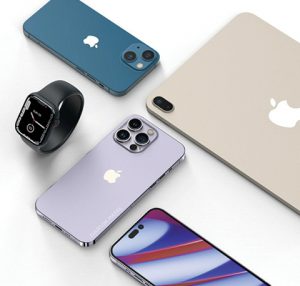