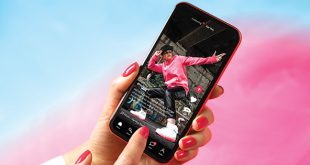 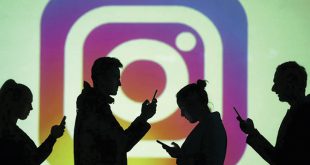 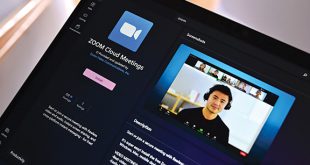 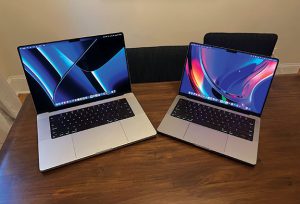 Apple Inc plans to expand the line-up of laptops using its new, speedier in-house chips next year, aiming to grab a bigger share of the marke.
The company is working on a larger MacBook Air with a 15-inch screen for release as early as next spring, said the people, who asked not to be identified because the plans aren’t public. This would mark the first model of that size in the MacBook Air’s 14-year history. Apple is also developing what would be its smallest new laptop in years.
The new models underscore Apple’s strategy to use homegrown processors to make gains in a market led by Lenovo and HP. The company began splitting from long-time partner Intel Corp. in 2020 and announced its latest chip, the M2, at a developers conference. Better performance and new designs have helped spur a resurgence for the Mac lineup, which accounts for about 10% of
Apple’s sales.
The 15-inch model under development is a wider version of the 13.6-inch MacBook Air that Apple announced this week. That design, unveiled at the developers event, is thinner than recent models, relies on the M2 chip and abandons the previous wedge-shaped frame. It’s considered to be the biggest overhaul to the MacBook Air since it was introduced by Steve Jobs in 2008.
Apple had previously considered a 15-inch variation for this year’s MacBook Air, but shelved those plans to focus on the 13.6-inch version. Still, even that model will take time to reach consumers. Despite the unveiling this week, supply-chain constraints will prevent it from going on sale until July.
Apple has also begun work on a new 12-inch laptop and is considering launching it at the end of 2023 or in early 2024. If Apple moves forward with the release, it would represent the company’s smallest laptop since it discontinued the 12-inch MacBook in 2019.
Apple debuted its last 12-inch laptop in 2015 with a slim frame, but the device was criticised for keyboard failures and sometimes sluggish performance. It’s unclear if the new 12-inch laptop would be a low-end device or a higher-end machine that’s part of the MacBook Pro line, which currently comes
in 13.3-inch, 14.2-inch and 16.2-inch sizes.
Between 2003 and 2006, Apple also sold a 12-inch version of the PowerBook, the predecessor to the MacBook Pro. And it briefly offered a MacBook Air with an 11.6-inch screen. Apple’s new Mac processors, based on same architecture as iPhone and iPad, are designed to let the company boost performance
inside of slimmer casings.
Apple is also planning new high-end MacBook Pros with M2 Pro and M2 Max chips for as early as the end of 2022, though the release date may slip into early 2023. These new 14-inch and 16-inch models, codenamed J414 and J416, won’t be radically new products beyond offering the speedier chips. Apple is also releasing a new 13-inch MacBook Pro next month with the same M2 chip as the MacBook Air.
The M2 Max chip in the next high-end MacBook Pros will include 12 main processing cores and up to 38 graphics cores, up from a maximum of 10 processing cores and 32 graphics cores in the current models. New versions of the Mac mini and a revamped Mac Pro are also in testing within Apple, Bloomberg has reported. And the company is already working on an M3 chip destined for a future iMac and other products.
The shift away from Intel chips has been a success for Apple so far, helping boost Mac revenue significantly. The company reported $10.4 billion in Mac sales during the fiscal second quarter, nearly double the $5.4 billion it generated in the second quarter of 2020, before Apple made the switch.
Apple is also planning to release a larger version of the iPad Pro next year, Bloomberg has reported. The new model will take advantage of new multitasking capabilities included in iPadOS 16. And the company is readying new 11-inch and 12.9-inch iPad Pros for later this year. 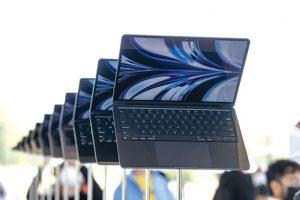 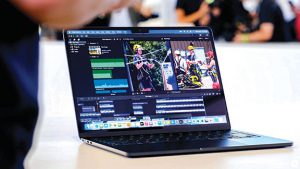 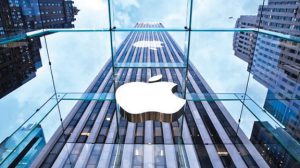