An expression of luxury 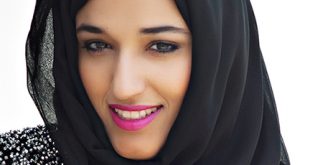 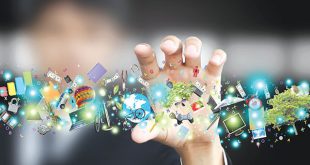 Karim Gerber, Middle East Region Manager of Oris watches, is a real man of action. He is devoted to bring brand’s exclusive and latest collection of timepieces to their customers in the region.
Oris is a premium luxury brand of watches and Gerber is no stranger to the rarefied world of luxury. He started his career with Skoda, where he gained his marketing and sales stature. Later Gerber shifted to Swiss heavyweight Swatch, where he spent a significant period of time as Area Sales Manager. It was during this time frame when he earned his stripes in the international watch business.
Gerber moved to Oris after his spell at Swatch, he was involved in the nitty-gritty of making the privately-held brand a far more important player in the international market. Greber talks to Emirates Business about the Middle East market and its immense potential for the luxury brand’s growth.

How significant is the Middle East to Oris as a market?
The Middle East is one of our most important markets, the UAE stands among our ten most significant markets for our brand. The Middle Eastern customer is reputed to have a fine eye for tastefully created products of the highest quality. Fine Swiss watch brands such as Oris have always been received well here.
The luxury watch buyer from the Middle East knows what they want and will not settle for anything that is second best. Oris with its well-founded reputation for top quality mechanical timepieces will continue to try and increase the brand’s presence across the region.

Could you elaborate on your business plans for the future?
The brand plans to continue to expand their presence across the region with a strategy of planned growth and continuous innovation in their product line. By bringing some of the brand’s latest Baselworld creations to the region it will not only gain the marque much-needed mileage in the local market, but it will also give the brand ambassadors and officials an up close and personal look at local and regional market conditions and preferences.
This interaction with customers is valuable to any brand and provides invaluable insight into what their customers in the region want from a fine mechanical watch and what else they are looking for. Many times it is through these client-manufacturer interactions that the foundation of many a future successful watch line is laid. Oris is one of the few Swiss watch brands which pay great heed to customer feedback and opinions.

What are the trends governing the global luxury market today?
The global market for luxury goods has traditionally remained largely immune to the vagaries of economic upswings and downswings. Despite ongoing economic travails affecting the sale of most goods and services, luxury goods have mostly bucked the trend as the luxury consumer if usually less affected by these conditions.
According to recent estimates the global luxury market is being powered by the increasing appetite for luxury goods from emerging economies such as China, Southeast Asia and India, while growth in more traditional markets such as Europe, the US and Japan have been slow. Despite the current slowdown in the general market sentiment in Europe and the US and also in China, all indications are that this should not affect the overall positive trend in the market.
Additionally the GCC countries too continue to be significant players in the current scenario, even though the current downward trend in the price of oil is expected to impact regional markets adversely.

Where did the luxury watch brand Oris originate from?
Oris was founded in 1904 by Paul Cattin and Georges Christian, watchmakers from Le Locle who decided to strike out on their own. Since a management buy-out in 1982, the company has been privately owned mainly by the board members and the management. Based in the picturesque village of Holstein in the North-west of Switzerland, a location chosen by the founders, Oris is the name of a brook and valley close to Holstein.
It has its origins in the Celtish ‘Aurisa’ and Roman ‘Orusz’ meaning watercourse. Currently the watchmakers still fashion the brand’s timepieces from the original workshop, which has of course expanded considerably over the years to accommodate the brand’s growth.

Could you give us an idea of the company today and its collections?
Today the company remains one of the few Swiss watch manufacturers that are still independently owned and continues to pursue its goal of making real watches for real people. Oris has focused on the manufacture of mechanical watches only. Today the strategy remains the same. Oris makes watches for people who are passionate about mechanical movements and who look for genuine, contemporary values.
The collection is geared to fulfill consumer needs within the four Oris worlds of culture, diving, aviation and motor sport: real watches for real people. Oris watches are purely mechanical and are marked out by their distinctive design as well as the red rotor, the symbol of Oris mechanicals.
Oris watches are also popular, as celebrities from Formula One, diving, jazz and aviation queue up to wear and support the brand’s unique creations. The brand has been closely associated with the world of motor sport. It’s association with the Williams Formula One team has persisted over the years.
The brand has also been in partnership with Audi. The Audi Sport, TT1 and TT3 models are dedicated to that association.

Tell us about the partnership with Audi Sport?
Oris is the Official Watch Partner of the Audi Sport teams racing in both the FIA World Endurance Championships (WEC) and German Touring Car Championship (DTM). Audi Sport has won the famous endurance event at Le Mans an unprecedented 12 times since 2000. In 2014, it topped the podium again with the Oris-sponsored Audi R18 e-tronquattro, which was piloted to victory by a team including Swiss driver and Oris Ambassador, Marcel Fässler.
Oris has a long track record of producing high-performance motorsport timepieces, with a heritage that can be traced back to the 1970 Chronoris. The Audi Sport Limited Edition II is the latest in the line. Like Audi Sport’s high-tech cars, it’s engineered to be as light and as strong as possible, and is packed with a series of innovative features.
Oris has given its new Audi Sport timepiece a stealthy all-black look: its case is cast in lightweight titanium and PVD coated in black DLC; it has a black dial; and the bi-directional rotating bezel has a scratch-resistant black ceramic insert engraved with a minute scale. Eye-catching red central seconds and sub-dial counter hands protect the watch’s legibility.