Airbus wins $4.85b China jets deal in blow to Boeing 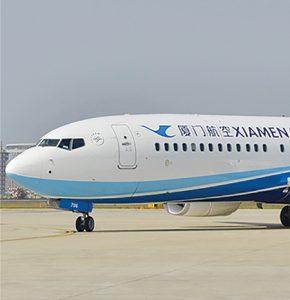 Airbus SE won a $4.85 billion deal to supply 40 airliners to a unit of China Southern Airlines Co, cementing its position in one of the world’s biggest aviation markets at the expense of chief rival Boeing Co.
Xiamen Air, which has been an all-Boeing operator, agreed to buy Airbus’s A320neo narrow-body jets, according to a stock exchange statement. The planes will be delivered from 2024 to 2027, with the list price for the purchase expected to be lower after discounts.
It’s another coup for Airbus, which notched a deal worth $37 billion for the same kind of jets from four Chinese airlines in July.
Boeing has historically counted China Southern as its biggest customer, but business has slowed for the manufacturer in the wake of two crashes of its best-selling 737 Max and as political tensions rise between Washington and Beijing. Airbus’ local final assembly line in Tianjin has also helped it to secure its advantage in the key market.