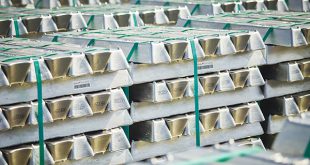 The Traffic and Patrols Directorate at Abu Dhabi Police (ADP) said that it spares no effort to take action against objectionable behaviours, such as allowing young people under 18 to drive in Al Ain city and to reduce the disturbing noise caused by illegally modified vehicles to increase their speed and amplify their sound, all of which spread chaos and cause nuisance to residents, especially during night hours.
Colonel Ahmed Abdullah Al Shehhi, Acting Director of Highway Traffic Department at the Traffic and Patrols Directorate at Abu Dhabi Police, stressed the need for families to support the efforts exerted to maintain their children’s safety, by forbidding their children from driving vehicles without a license, “a behaviour that may put the driver’s life at risk,” he said.
“Some parents allow their ‘young adolescents’ to drive vehicles, out of or into the residence’s garage or in wilderness areas, ‘inside ranches and farms’ and on internal roads through residential areas, regardless of the associated dangers,” he continued. He also highlighted the need to protect children from traffic accidents.
Colonel Al Shehhi emphasised that the Abu Dhabi Police will pursue their awareness campaigns and prevention measures, and called upon parents to contribute to these campaigns and efforts aimed at reducing traffic accidents and maintaining everyone’s safety. He also pointed out that the intensive measures include monitoring vehicles that cause disturbance, especially those illegally modified vehicles and motorcycles to increase their speeds and amplify their sound.
Lt. Colonel Salah Al Hemairi, Head of the Al Ain Highways Section, said: “Traffic control will be intensified in Al Yahar and Mazyad areas by the civil patrols affiliated to the Traffic Investigation Section and traffic patrols, to detect any traffic violations or people performing dangerous show-off stunts with vehicles and motorcycles.” He stressed that the police will show no leniency in enforcing penalties against offenders who violate the laws related to this issue, in order to maintain the safety of road users.