Why TikTok should worry economists 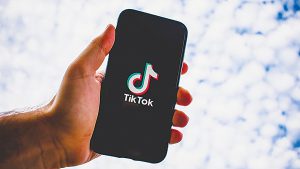 TikTok is now the most popular website in the world, by one measure, and as such its influence on how young people see and think about themselves is attracting ever more attention. I am an economist, so I would like to focus on a considerably more narrow subject: what TikTok’s videos say about how young people see and think about economics. The news — for my profession, not necessarily for TikTok — is not good.
For the purposes of this experiment, I typed “economics” into the TikTok search bar and simply watched what came up. Of course my feed was governed by the site’s algorithm, which is not transparent, but it is reasonable to assume that on average it guides users to videos that are engaged with, liked and widely shared.
The first video I saw was about the high pay of economics majors in the job market, relative to softer majors. The speaker has a strange British accent, and it is possible that he was deliberately trying to look and sound stupid. It has been liked more than 32,000 times. The next was a rant about the outrageous price of beer at sporting events. There is no obvious intelligence or analysis in the video. It has been liked
almost 32,000 times.
I also saw a video called “Why I left economics,” in which a student who took an economics class at Brown explains how his professor taught about inequality but lived in a mansion with servants. He argues that economics as a subject distracts our attention from “what we’re supposed to do.” The number of likes exceeds 258,000.
I watched a video of a woman loudly sighing in relief as a caption explains she has just dropped her economics class. Likes: more than 22,000. Then there was one mocking the idea of being an economics major, calling it another religion and suggesting the demand for economist friends is quite low. It had more than 34,000 likes.
It wasn’t all bad. There was a young woman who explained the sunk-cost fallacy: If you buy a movie ticket, start watching the movie and don’t like it, you just should leave. The money you spent on the ticket is a sunk cost and you won’t get it back. Her economics is impeccable, but — only 3,310 likes.
There was a video praising “post-growth economics,” arguing that wealth is not trickling down to lower earners, and that growth is inconsistent with environmental sustainability. The speaker is highly articulate, though much less optimistic about the benefits of growth than are most professional economists. Number of likes: more than 74,000.
A video called “Economics with dad” explained that inflation is high, in part, because supply chains have been disrupted. I am pleased to report the number of likes exceeds 331,000.
Overall, the performers and content on TikTok skew young. It is also striking how many of the videos are preoccupied with what kind of people might study or promote economics. The dominant idea is that economics is flat-out stupid or immoral.
First, TikTok is one of the dominant modes of presenting and debating issues and ideas, including economics, yet it is hardly used or even discussed by professional economists. Economists are ignoring the market signals — to our own detriment.
—Bloomberg
Second, TikTok’s preoccupation with the status and morality of economics exists beyond TikTok. TikTok offers economists a view of ourselves as much of the world sees us. We are judged not for our analytics, but rather by how we fit into various moral codes. Like it or not, that is something we economists have to come to terms with. Maybe we should thank TikTok for making this so clear.
Browsing through TikTok, in fact, I have the sense that I am seeing a kind of an advance preview of the world. What does it look like? It is politically incorrect, for one, and admirably concise. It is also full of dancing. All in all, it’s a vision of the future that — speaking not only as an economist — I can get behind.