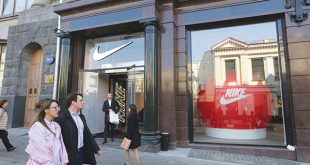 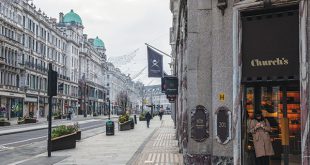 London’s prime shopping street has a case of long Covid

Zendesk to be taken private in $10.2bn deal

Wal-Mart Stores Inc., the world’s largest retail chain, will sell 100 percent cage-free eggs in the US by 2025, joining an industry-wide shift toward a practice that’s seen as more humane.
As part of the transition, Wal-Mart and its Sam’s Club warehouse chain will require that its egg suppliers adopt United Egg Producers rules or an equivalent set of standards, the retailer said in a statement. Compliance will be checked annually by a third party.
Wal-Mart sells more groceries than anyone else in the US, and its decisions typically sway the rest of the industry. The Bentonville, Arkansas-based company has offered cage-free eggs since 2001, though not exclusively.
Other companies, meanwhile, have set various timelines for making the switch in the coming few years.
That includes many big names including consumer-food sellers and restaurant chains such as Taco Bell and Burger King. The idea is to give chickens more room to move around freely, improving the animals’ health condition and overall welfare.
The challenge for Wal-Mart is transitioning to cage-free eggs while keeping a lid on prices, something the chain said it can do with the 2025
deadline.
“Our customers and associates count on Wal-Mart and Sam’s Club to deliver on affordability and quality, while at the same time offering transparency into how their food is grown and raised,” Kathleen McLaughlin, the retailer’s chief sustainability officer, said in the statement.
Walmart is an American multinational retail corporation that operates a chain of hypermarkets, discount department stores and grocery stores. Headquartered in Bentonville, Arkansas, the company was founded by Sam Walton in 1962 and incorporated on October 31, 1969.
As of February 29, 2016, Walmart has 11,527 stores and clubs in 27 countries, under a total of 72 banners. It is the world’s largest company by revenue, according to the Fortune Global 500 list in 2014, as well as the biggest private employer in the world with 2.2 million employees. Walmart is a family-owned business, as the company is controlled by the Walton family.