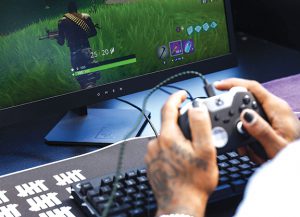 The video-game business has a long and troubled history of gender stereotypes. A round of scandals at multiple gaming companies offered a sad reminder that the industry has a lot more to do to fix its culture and, eventually, repair its reputation.
But the situation isn’t hopeless. As a hit release from Sony shows, there is a big market for games that portray women as smart and resourceful actors rather than as pawns and victims.
An incident at a conference about a decade ago has become the poster child for the industry’s cultural issues. “I love the fact you have a lot of very strong female characters,” a woman said to an all-male panel of developers from Activision Blizzard Inc, maker of megahits World of Warcraft and Call of Duty.
Despite an outcry at the time, the industry continued to struggle with hostile attitudes towards women. After Microsoft Corp hosted a party five years ago with scantily clad female dancers on platforms, head of Xbox Phil Spencer was forced to apologise. More recently, League of Legends maker Riot Games Inc has been sued for gender discrimination, while Ubisoft Entertainment and Activision Blizzard Inc have let go several executives amid allegations of widespread sexual harassment.
Yet amid these painful episodes, there are also signs of progress. In particular, Sony Group Corp’s 2017 blockbuster release, Horizon Zero Dawn, shows that there is a huge market for games that don’t denigrate women.
Zero Dawn’s main protagonist is a female character who doesn’t look like a supermodel. Set in a post-apocalyptic time far in the future, the character, named Aloy, battles robotic dinosaurs and aims to stop a rogue artificial intelligence system from destroying life on Earth.
The game’s developers said they wanted to create a “believable and inspirational hero for everyone.” And it worked. Players loved the character and the game’s engrossing narrative and production values. Horizon went on to become one of Sony’s most popular games, with more than 10 million units sold. The sequel, Horizon Forbidden Wes, is poised to be one of the biggest releases of 2022 after it launches in February. If successful, it should encourage other publishers to move beyond superficial female appearances and focus on better storytelling and game quality.