UniCredit plans to return $18b to investors by 2024 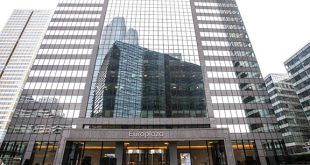 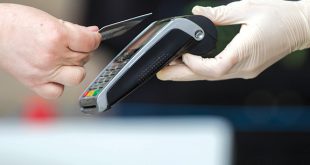 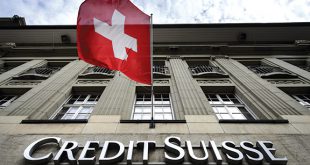 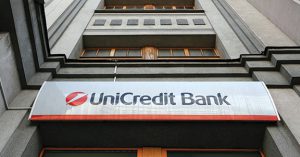 UniCredit SpA intends to return at least $18.1 billion to shareholders by 2024, rolling out one of Europe’s most ambitious payout plans as part of Chief Executive Officer Andrea Orcel’s first strategy revamp.
The Milan-based lender is seeking to distribute 100% of underlying profit in a mix of cash dividends and share
buybacks on 2021 earnings,
according to a statement, effectively doubling the previous guidance. The payout ratio for this year also beats that of its main Italian rival, Intesa Sanpaolo SpA, and outstrips other major European lenders.
Nine months into the job, Orcel is ramping up the incentives for investors compared with his predecessor Jean Pierre Mustier and setting the bank on a cost-efficiency and profitability drive. The collapse of talks to acquire Banca Monte dei Paschi di Siena SpA from the Italian state in October leaves Orcel with a freer hand to reshape Italy’s second-largest lender.
UniCredit is “pursuing a capital-light model with sustainability embedded throughout,” Orcel said in the statement. “With this strategy we will deliver materially increased and growing shareholder returns while growing our business and maintaining capital strength.”
Profit distribution of 3.7 billion euros is expected for 2022, with around 70% of underlying profit to be distributed via buybacks. Total distribution is expected to progressively increase from 2023, the bank said. The lender is targeting a return on tangible equity of 10% by 2024, compared with the 7.9% it attained in the first nine months of this year.
UniCredit’s plan looks more generous than that of the most ambitious European payouts so far. While the European Central Bank has urged moderation in dividend policy, a number of lenders have been boosting shareholder returns as pandemic-related restrictions ease. Banco Bilbao Vizcaya Argentaria SA, Spain’s second largest lender, increased its payout target to between 40% and 50% of profit, while France’s BNP Paribas SA is weighing an increase in shareholder returns as part of a new strategic plan.
UniCredit’s financial performance over the next three years will be driven by “three interconnecting levers” of cost efficiency, optimal capital allocation, annual revenue growth of about 2%, the lender said.
Like many of its peers in Europe, UniCredit is seeking to boost fee-based businesses that bring high returns as low interest rates continue to depress income from lending. Orcel is targeting more than 17 billion euros in revenue by 2024, with growth driven by more lucrative products and capital-light activities. UniCredit will focus on insurance and asset management products for individual clients, and on advisory for corporate clients in order to boost annual fees by 4%, it said.
Orcel is refocusing business in the countries where the
bank operates to deliver scale economies, by simplifying processes, reducing complexity and streamlining the structure.
UniCredit plans 1.5 billion euros of gross cost savings over the plan period, as it targets a cost-to-income ratio at 50% in 2024, down from 54.2% at the end of September. The bank will take a charge on 2021 earnings of 600 million euros in “HR integration costs.”
Bloomberg reported earlier this month that the bank is targeting about 3,000 fresh job cuts, mostly at its corporate center. The fresh round of cuts adds to about 3,900 job reductions that still need to be implemented from the bank’s previous strategic plan, which were already agreed with unions and employees and on which the bank has already taken a charge. Over the plan period, UniCredit plans a net hiring of 1,500 people, it said.
UniCredit, which operates in 13 European countries, had headcount of about 87,000 as of the end of September.
Orcel played down the chances of significant M&A deals, saying the bank would consider acquisitions if they fit with overall strategy, on a call with reporters.
UniCredit is pursuing a digitalisation strategy, through 2.8 billion euros of cash investments through the plan period. The common equity Tier 1 ratio, a key indicator of banks’ financial strength, is targeted to be between 12.5% and 13% at the end of plan horizon.
Not all observers were convinced by the details in the plan. Analysts at KBW said that targets were “very aggressive.”
“Reaction today has been very positive, so far, but we can’t reconcile how UniCredit will grow revenues in excess of consensus,” while also beating on other targets, analyst Hugo Cruz wrote in a note. “We have to be cautious about UniCredit’s capital return target.”