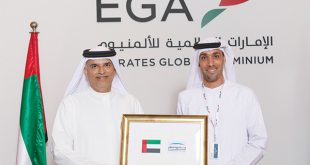 The Department of Media and Creative Industries at UAE University (UAEU), in collaboration with the Emirates News Agency (WAM) and Russia’s Sputnik News Agency and Radio, held a lecture on the role of the media in strengthening partnerships and training a new generation of journalists on how to deal with
a multi-cultural public through modern tools.
Abdullah Abdulkareem, WAM’s Executive Director of News Content Office; Dr. Ahmed Al Mansouri, Head of the Media Department at UAEU; Vasily Pushkov, Director of International Cooperation at Sputnik News Agency and Radio; and Asya Samoilova, Head of Department of International Cooperation Directorate at Sputnik News Agency and Radio, participated in the lecture.
The lecture addressed technological developments in media and communication, which has helped encourage cooperation between media establishments, widen the scope of media discourse, and reinforce convergence and communication between various cultures and communities.
The lecture also addressed the challenges facing media establishments, most notably the declining influence of traditional media due to the growing influence of digital media and modern technologies, and financial and economic pressures that affect many media outlets.
At the start of the lecture, Abdulkareem thanked UAEU for organising the lecture and lauded the strong partnership between WAM and Sputnik News Agency and Radio.
Dr. Al Mansouri then explained the role of the media in promoting partnerships and cooperation, and Pushkov highlighted the main milestones of the agency, as well as its regional and international goals.