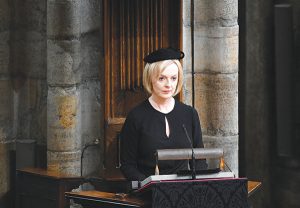 After the mourning period and state funeral for Queen Elizabeth II, the attention of the new Liz Truss government in the UK returns to how best to moderate cost-of-living pressures while seeking growth. The success of this approach, details of which will be made available in the next few days, is not assured. Much will depend on four economic and financial risks to a new government that wishes to be seen hurrying to address multiple crises.
With the UK confronting a worsening cost-of-living crisis, the new prime minister moved quickly two weeks ago to announce that she will shield households from what would have been additional sharp increases in their energy bills. The coming price
increase for the typical British household will be limited to 25% over the next two years, instead of a possible nearly threefold increase, using a cost stabilisation mechanism that provides, to quote Truss, “a new energy price guarantee that will give people certainty on energy bills.” Businesses will receive support for six months, though the exact form has not been announced.
Further fiscal support would come from the cancellation of the corporate tax increase announced by the previous government and, perhaps, a reversal in the increase in the cost of national insurance. There is also talk of other cuts in general taxation and levies. Meanwhile, on the supply side, the government is keen to accelerate the development of domestic sources of energy, including renewables, and have the Bank of England provide some £40 billion in liquidity support to suppliers and energy retailers.
The total cost of the fiscal effort should be clearer by the end of the week. What is certain at this stage is that, by avoiding in particular the taxation of windfall profits and solidarity taxes, the government intends to cover the additional deficit through more borrowing.
There is a risk that such a funding approach could aggravate complicating moves in both interest rates and the currency — both of which are already fueling stagflationary tendencies. The more the markets push back against a large increase in government borrowing, the greater the pressure on the Bank of England to raise interest rates more aggressively.
This speaks to the second risk of the government’s policy proposals — the failure to generate sufficient economic growth quickly. Already there is doubt as to whether tax cuts will prove sufficient to produce sustainable household demand and business investment. This is especially the case if the fiscal measures are not accompanied by more comprehensive pro-growth and pro-productivity structural reforms.
Third, the government has yet to announce measures that would help “nudge,” to use the behavioural economics term, households and businesses toward greater energy efficiency. Absent that, the government’s short-term effort to contain the cost of fossil fuels could complicate the fight against climate change, which has yet to build sufficient momentum.
Finally, the government’s domestic growth efforts are taking place in a global economy that is slowing much faster than many anticipated. All three systemically important regions — US, China and the euro zone — now face worrisome recession risks, albeit to different degrees.
The new Truss government is right to emphasize growth. The success of its specific approach will depend in large part on managing three risks that have so far remained largely unaddressed and a fourth one that is outside of its control. 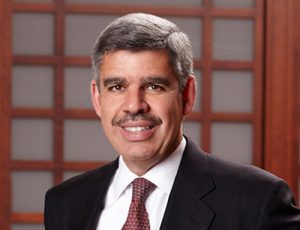 Mohamed A El-Erian is a Bloomberg Opinion columnist. A former chief executive officer of Pimco, he is
president of Queens’ College, Cambridge; chief economic adviser at
Allianz SE; and chair of Gramercy Fund Management. He is author of “The Only Game in Town”