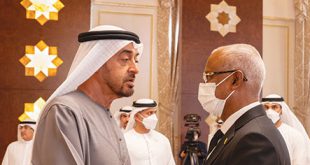 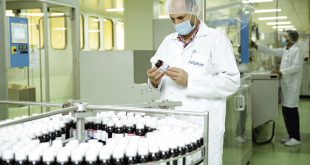 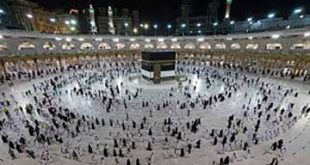 Improving gender equality would add at least $2.1 trillion to U.S. gross domestic product by 2025, according to a McKinsey Global Institute study, a boost roughly the size of the Texas economy.
“We were surprised that there was such a large economic opportunity still at stake” because the U.S. is a relative leader in gender parity, said Kweilin Ellingrud, a McKinsey partner and author of the study. The consulting firm in September said the global economy would gain $28 trillion in GDP with full gender equality.
While completely erasing the gender gap would add $4.3 trillion to U.S. GDP, Ellingrud said the $2.1 trillion represents more realistic progress. The smaller figure assumes each U.S. state improves at the same rate as the most-improved state in the previous 10 years. The study looked at 10 indicators, from the number of women in managerial and technical jobs to political leadership to violence against women.
McKinsey estimated that about 38 percent of the projected GDP gain would come from supporting women’s labour-force participation. Currently, 57 percent of women are working, compared with 69 percent of men, Ellingrud said.

6.4 Million Jobs
The Bureau of Labour Statistics expects the proportion of women in their prime working years — ages — to decline by about two percentage points over the next decade as younger women seek more education and older ones drop out of the labour force. McKinsey’s $2.1 trillion scenario would require keeping 25-to-54 year old female participation unchanged at 74 percent.
Another 32 percent of the GDP gain would result from trimming the gap between women and men working full time. Women now hold 42 percent of full-time jobs and 64 percent of part-time jobs. The remaining increase would come from more women in higher paid sectors, such as health care services or advanced manufacturing.
The overall economic lift could add 6.4 million U.S. jobs, McKinsey said.
Researchers are increasingly putting a dollar value on gender inequality and focusing on the financial benefits of equal pay and paid family leave. The gender pay disparity in the U.S. costs the average woman about $430,000 in lost income over the course of her career, the National Women’s Law Center, a nonprofit advocacy group, said earlier this week.

Single Motherhood
Ellingrud said that “states can’t fully capitalize on their share of the GDP growth unless they tackle the societal impacts as well.”
In the new study, McKinsey added two research categories it didn’t use in the global report that examined 95 countries — single motherhood and teen pregnancy. One quarter of U.S. children are being raised without a father and 45 percent of those live below the poverty line, Ellingrud said.
Of 1.6 million U.S. children born out of wedlock each year, about 15 percent are to teen moms. The teen pregnancy rate in the U.S. is about the same as the child marriage rate in Uzbekistan, Djibouti and Botswana, she said.
Those categories sap opportunity for U.S. women, Ellingrud said. Teenage mothers tend to miss out on education, while unwed mothers, even if employed, often lack the time and support to develop skills that lead to higher paying jobs. The report didn’t put a specific dollar number on those factors.

Unequal Leadership
McKinsey ranked U.S. gender inequality “high” or “extremely high” in four other areas: women in management; political representation; violence against women and unpaid care. The U.S. is the only developed country that doesn’t mandate paid parental leave. Some states are stepping in, including New York, where Governor Andrew Cuomo included mandatory paid leave in his budget last month.
U.S. inequality is less pronounced in professional or technical jobs, and in maternal mortality, the report said. Women outperform men in higher education.
All 50 states would gain at least 5 percent in GDP by 2025 if they were able to match best-in-class performance, Ellingrud said. Half the states would gain 10 percent or more, among them New York, Massachusetts and Michigan.
The study graded the 50 largest U.S. cities — which generate 65 percent of the country’s GDP — on a slightly different group of criteria, and found Baltimore and Atlanta had the highest level of gender equality. Baltimore was helped by having more women in political power and in the labor force, while Atlanta did well on gender parity in professional and technical jobs.
“Cities cannot afford to ignore the imperative to build more inclusive and equal societies,” the report said.