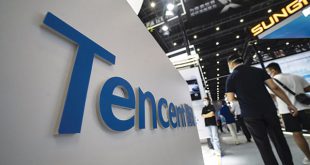 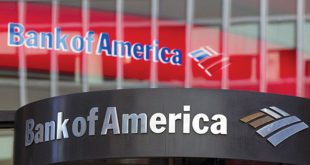 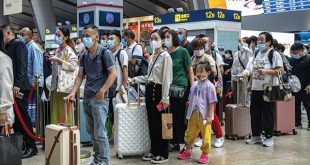 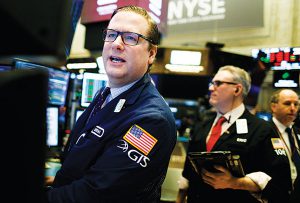 Markets were muted on Wednesday with investors mostly staying on the sidelines before another expected rate hike from the Federal Reserve. Treasuries and the dollar gained on haven flows after Russian President Vladimir Putin stepped up his war against Ukraine.
US equity futures pointed to a recovery from the slide in the S&P 500 on anxiety policy makers are risking recession in their zeal to subdue price pressures. Benchmark Treasury yields slipped three basis points to 3.54%. Officials are widely expected to boost rates by 75 basis points for the third time in a row, according to the vast majority of analysts surveyed by Bloomberg. Only two project a 100 basis points move.
European equities also swung higher after posting early losses in the run-up to the Fed meeting. Euro-area bonds advanced, with the German 10-year yield dropping three basis points to 1.89%.
“There’s been so much speculation about the Fed’s next step that finally having a decision should provide some much needed relief for investors,” said Danni Hewson, an analyst at AJ Bell Plc. “If it sticks to script and delivers another 75 basis point hike markets are likely to rally somewhat, partly because the specter of a full percentage point rise didn’t come to pass.”
The dollar headed for a fresh record while the euro fell as investors reacted to Putin’s announcement of a “partial mobilisation” as he pledged to annex the territories his forces have already occupied, vowing to use all means necessary to defend Russia. Crude oil rallied.
The escalation of the Russian war is likely to reverberate across markets, deepening the energy and food crisis, according to Ales Koutny, portfolio manager at Janus Henderson Investors.
UK stocks climbed and the pound slid after the British government unveiled a £40 billion bailout to help companies with their energy bills this winter amid soaring prices that threaten to put many out of business. Gilts were flat, underperforming European peers.
Elsewhere, Bitcoin hovered around $19,000 amid the market jitters. The offshore yuan fell to the lowest against the greenback since mid-2020, even after the People’s Bank of China
set the daily reference rate for the currency stronger-than-expected for a 20th day.
Futures on the S&P 500 rose 0.3% in New York. Futures on the Nasdaq 100 were little changed. Futures on the Dow Jones Industrial Average rose 0.3%. The Stoxx Europe 600 rose 0.5%. The MSCI World index fell 0.3%.
The Bloomberg Dollar Spot Index rose 0.3%. The euro fell 0.5% to $0.9922. The British pound fell 0.4% to $1.1341. The Japanese yen fell 0.2% to 143.97 per dollar.
The yield on 10-year Treasuries declined three basis points to 3.54%. Germany’s 10-year yield declined three basis points to 1.89%.