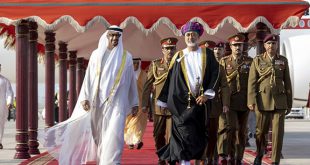 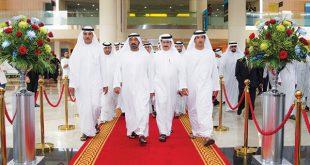 Dubai has become a global centre for green economy 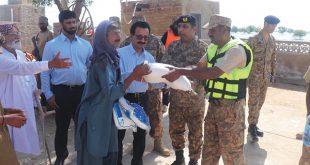 Slovaks are voting in a general election that looks set to hand a third term to Prime Minister Robert Fico, who’s pledging to raise living standards in the eastern euro-area member and protect its citizens from the European Union’s migrant crisis.
Having presided over booming growth, Fico’s Smer party holds a strong lead in opinion polls. His support has fallen, however, to about 35 percent, from the 44 percent he won in 2012 polls, a drop that looks set to cost him his majority and force him to find a partner to share power. It also gives an opening for a potential rival coalition of five or six opposition parties that are pledging to cut taxes and crack down on graft. Voting started at 7 am. on Saturday and finishes at 10 pm.
At the center of campaigning are doubts over the future of the EU, as the country of 5.4 million people weighs the benefits of its 2009 euro adoption against obligations such as sheltering migrants and helping Greece. Fico has joined neighbors Poland and Hungary in denouncing an EU plan to redistribute refugees in the bloc, while his challengers have sought to channel voters’ calls for improved public services, including hospitals and schools.
“One theme is not enough,” Grigorij Meseznikov, the Director of Bratislava-based Institute for Public Affairs, said by phone. “Voters have become concerned with the poor state of public services and the government’s failure to tackle corruption.”
Fico, 51, has built his election campaign on a tough stance against “diktats” from the EU and, among other issues, has called for the 28-member bloc to lower its sanctions against Russia over Ukraine. He’s also drawn criticism at home for failing to crack down on corruption in procurement, which included a scandal involving overpriced hospital equipment that led to the resignation of his health minister and parliament speaker.
While he suffered a surprise defeat in 2014 presidential elections, a victory on Saturday can make Fico the first Slovak leader to win a third stint as head of the government. It would also put him in charge when Slovakia holds the EU’s rotating presidency, which starts in July and will organize meetings to deal with the migrant crisis and the UK’s potential exit from the bloc.
Fico, who cast ballots along with his wife Svetlana this morning in Bratislava, the capital, said Slovaks were choosing not only their representatives in parliament but also the path the country will take in the future.
“It’s all in their hands,” he told reporters, according to TASR news agency. “I will respect every result.”

Coalition Partner
Smer will win 35 percent of votes, or 62 mandates in the 150-seat parliament, according to a Feb. 6-14 poll from Bratislava-based polling company Focus. Potential coalition partners could include the Slovak National Party, which will get about 9 percent and with which Smer shared power from 2006 to 2010.
The center-right opposition parties Siet and Most-Hid are set to win 14 percent and 8 percent, respectively. Seven parties will make it into parliament, according to the poll of 1,005 people.
“Smer is clearly going to win,” said Otilia Dhand, an analyst at Teneo Intelligence in Brussels. “The question is who is going to be its coalition partner.”
Fico’s government has continued to attract foreign investment, luring a 1.4 billion euro ($1.5 billion) car factory of Jaguar Land Rover Plc—the country’s biggest-ever fully new venture—which both consolidates Slovakia’s position as the world’s biggest producer of cars per capita and ensure continued growth exceeding the euro-area average. Growth shot up to 4.2 percent in the fourth quarter from a year earlier to the second-fastest pace in the EU, and unemployment is also near a seven-year low, even if it’s at 10.4 percent.
The expansion has combined with a crackdown on tax evasion to cover increases in social spending by Fico’s administration, including free rail travel for pensioners and subsidized skiing courses for children. That’s a boon in a country that has seen its living standards rise from about half of the EU average to more than a three quarters since it joined the bloc in 2004. Fico has now promised to deliver 1 billion euros more in new benefit spending if he’s re-elected.
Immigration Stance
Still, with growth failing to stem the decline in Smer’s popularity, he has campaigned hard against German Chancellor Angela Merkel’s plan to share the burden of solving the EU’s worst migration crisis since World War II.
Slovakia isn’t on the main route migrants take from Africa and the Middle East to richer EU states. Last year it took in just 330 applications for asylum, and granted only eight, but Fico has joined Hungary’s Viktor Orban and Poland’s Beata Szydlo in making a priority of denying them entry.
“He fits the trend that we are witnessing not only in the former communist countries, but across Europe,” Teneo’s Dhand said.
He’s also faced strikes from nurses and teachers over low pay and a lack of funding.
That may give a chance to the gaggle of opposition parties, led by Siet, to challenge his position in a potentially unstable ruling coalition.
“If centrist and right-wing parties create the coalition, we do not expect a major change for investors,” said Jaromir Sindel, an analyst at Citibank AS in Prague. “While
such a government could propose better way for fiscal consolidation, that can be offset by more coalition tensions.”