SenseTime jumps 23% on debut after IPO delayed by US sanctions 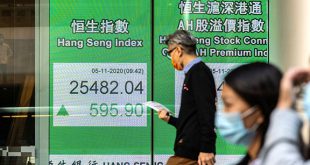 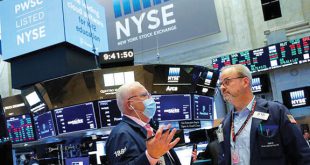 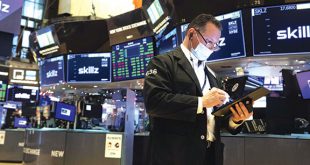 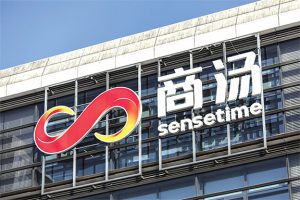 Chinese artificial intelligence giant SenseTime Group Inc jumped on its first day of trading in Hong Kong after a rocky initial public offering that was delayed by concerns over fresh US sanctions.
The stock gained as much as 23% in early trading before ending 7.3% higher, the biggest first-day gain since mid-July for any Hong Kong IPO that raised at least $500 million. The SoftBank Group Corp-backed company raised HK$5.78 billion ($741 million) selling 1.5 billion shares at HK$3.85 apiece, the bottom of its marketed range.
SenseTime’s strong debut is a rare feat in Hong Kong, where new listings have been among the worst performers this year. It also comes in defiance of new sanctions levied this month by the US Treasury Department over the company’s alleged involvement in human rights abuses in Xinjiang. SenseTime, which has also been blacklisted by the Commerce Department under the Trump administration, has vigorously denied the charges.
The company pushed ahead with the listing, securing $512 million from nine cornerstone investors including the state-backed Mixed-Ownership Reform Fund and Shanghai Xuhui Capital Investment Co. It excluded US investors from the issuance, citing the “the dynamic and evolving nature of the
relevant US regulations.”
Chinese companies that debuted in Hong Kong since July, when Beijing extended the clampdown over several industries, have seen their shares rise an average 1% on the first day of trading, according to data compiled by Bloomberg. Nine firms that have listed this month prior to SenseTime have seen an average drop 2.8% in their stocks.
Chervon Holdings Ltd, a Chinese maker of power tools and outdoor power equipment that also debuted on Thursday, rose 28%, while biopharmaceutical company Sirnaomics Ltd. gained 18%.
Market watchers such as Steven Leung, executive director at UOB Kay Hian (Hong Kong) Ltd., attributed SenseTime’s strong gain in part
to buying by the short-term
speculators.
“Today’s price jump is because of the reasonable valuation, and investors want to buy in this famous company to make money in one or two days as there are no hot themes in the market at present,” said Gary Ching, vice president at Guosen Securities (HK). “But the trend won’t continue as
the company still faces a lot of bad news.”
Founded in 2014 by computer scientists, SenseTime specializes in AI-powered software that analyzes faces and images on an enormous scale and works with policing bodies, retailers and health-care researchers around the world. The company competes with Alibaba Group Holding Ltd-backed Megvii Technology, which is seeking a share sale in Shanghai.
China has identified AI as one of the key areas it wants to develop to gain an advantage in the battle for tech supremacy against the US. About 60% of the capital raised from SenseTime’s IPO will be used on research and development, Chief Executive Officer Xu Li said in a Bloomberg Television interview taped before the new sanctions were announced.
The firm has invested heavily in building super computers that can train client-facing AI models, an effort that’s set to pay off as the loss-making company scales up. Revenue in the six months ended June 30 nearly doubled to 1.65 billion yuan ($259 million), while net losses narrowed to 3.7 billion yuan from 5.3 billion yuan in the first half of 2020.
“Cost is key for the commercialization of a technology,” said Xu, adding that the investments offer the company a clear path to achieving profitability.
In the comments made earlier this month, Xu also acknowledged that the Commerce Department’s sanctions had impacted its overseas expansion. Still, the executive sought to downplay the impact, saying that more people embracing the technology will help to bring down barriers.