School closings surge 82% as Omicron spreads across US 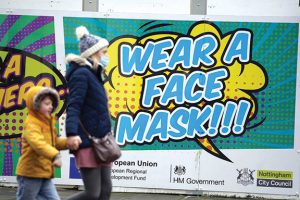 For US school officials struggling with a sharp rise in Covid-19 cases, winter break can’t come soon enough.
There were 646 Covid-related school closings for this week, up from 356 the week before, according to Burbio, a data service that aggregates calendars nationwide. Schools in states including Michigan, Maryland, Pennsylvania and Ohio shifted to virtual learning or closed early for winter break. Several already are planning remote class in
January.
In Uniondale, on New York’s Long Island, the district switched its high school to remote instruction after infections caused staffing shortages. In Maine, the Otisfield Community School shut down last week; the Sun Journal newspaper in Lewiston reported that nearly 70% of the students were in quarantine.
“This is a massive in-school transmission rate far exceeding anything we’ve seen thus far,” Maine administrators said in a post on social media.
The disruption is a setback for officials who had hoped to minimize disruption for students and keep them in class — not to mention for parents who need functioning schools to enable their own work. Research has found that students learn better in class, and that remote teaching during the pandemic set children back.
US and state officials have said they didn’t want to close schools again, urging parents to get pupils vaccinated. Some districts mandated that teachers get the shots.
Children ages 5-11 became eligible for the Covid-19 vaccine in early November. About 20% of 5-11-year olds had received at least one dose of the Covid-19 vaccine, according to the American Academy of Pediatrics, which cited CDC data.
That rate is about 61% for the 12-17 age group.
The Centers for Disease Control and Prevention this month published studies showing that unvaccinated students who come in contact with someone with Covid-19 can remain in classrooms without fuelling an outbreak if they test negative and meet other criteria.
The studies were conducted before the spread of omicron, a new variant of Covid that may be far more transmissible than earlier variants. Omicron, first identified in South Africa in November and reported in the US on Dec. 1, now makes up about 3% of all US cases, according to modeling from the CDC. In the New York region, it may make up 13%.
Still, New York City Mayor Bill de Blasio said he has no plans to shut schools again. The city’s public school system, the largest in the US with roughly 1 million students, remains the safest place for kids, said de Blasio, whose term ends in less than two weeks.
In New York City, hundreds of classrooms have temporarily closed in the past two weeks due to cases. There were 573 classrooms shut and four schools, according to New York City Department of Education data.
Brad Lander, who will become New York City comptroller on January 1, called on de Blasio and Mayor-elect Eric Adams to require kids and educators to present a negative test to return to school on January 3.
“NYC should procure rapid tests to have enough on hand to test everyone who doesn’t bring a recent negative result at school that morning. We have the capacity, if we plan ahead,” Lander said in a statement.