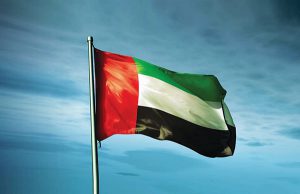 The Reach Campaign has revealed that its ’50 Days to Transform 5 Million Lives’ initiative has generated enough funds and commitments to transform the lives of 5 million people at risk of neglected tropical diseases (NTDs).
Made possible by the generosity of individuals and corporate partners, the campaign received several million dirhams in donations, which will provide preventative treatment and support in accelerating progress towards the elimination of river blindness and lymphatic filariasis for millions of people living in some of the most disadvantaged communities.
The campaign sought to continue a journey of philanthropy that started with the UAE’s Founding Father, the late Sheikh Zayed bin Sultan Al Nahyan, and his vision for the future of this country.
The UAE has taken significant steps to fight NTDs for over 30 years, starting with a personal donation in 1990 from the Founding Father of $5.77 million to The Carter Centre’s efforts to eradicate the NTD Guinea Worm
disease.
The UAE’s strategy for disease elimination is to help keep preventable diseases at the top of the political agenda, maintain progress made so far, raise funding levels, and work closely with global partners and multilateral initiatives to increase impact.
Over the past 10 years, His Highness Sheikh Mohamed bin Zayed Al Nahyan, Crown Prince of Abu Dhabi and Deputy Supreme Commander of the UAE Armed Forces, has committed over $350 million to improving health outcomes across the world. The UAE’s work in global health provides treatment and preventative care in communities that lack access to quality health services, with a specific focus on reaching the last mile of
disease elimination.
The 50-day initiative brought together a range of the UAE’s leading companies and organisations in efforts to raise money and awareness for NTDs during the 50-day countdown to the UAE’s Golden Jubilee celebrations through an array of activations, promotions, and events.
The funds and commitments generated since the campaign launched on 14 October, will be put towards the Reaching the Last Mile Fund (RLMF), which offers a proof of concept for the elimination of the two diseases in Sub-Saharan Africa. Administered by the END Fund, RLMF is a 10-year, $100 million initiative launched in 2017 by Sheikh Mohamed bin Zayed, and several supporters including the Bill & Melinda Gates Foundation and The ELMA Philanthropies.
Tala Al Ramahi, Acting Managing Director for The Reach Campaign, said, “We are proud of the support from our community during the 50-day campaign, which demonstrated the values of the UAE’s founding father, of humanitarianism and of lending a helping hand to those in need. The UAE’s values are centered on creating a healthier and more dignified life for everyone, regardless of where they live or come from, and we are humbled that the Reach Campaign was able to deliver on the commitment made when we first launched our campaign.”
“We sincerely thank every participant who has engaged with the campaign and made it possible to transform the lives of millions of people whether through financial contributions, partner activations, or even time volunteered by individuals to raise awareness of the campaign. This initiative was a huge milestone for the Reach Campaign, and while we are honoured by its success, there is still much work that needs to be done in the fight against NTDs. We will continue to build on this initiative’s success to realise our leadership’s and partners’ collective goal of the complete elimination of river blindness and lymphatic filariasis,” she added.