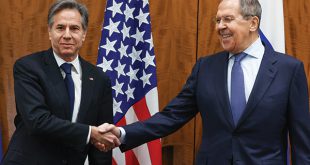 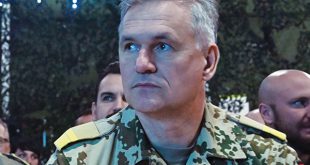 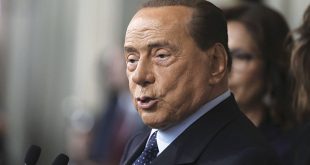 Tens of thousands gathered in Vienna to protest the Austrian government’s new vaccine
mandate and a national lockdown to contain record coronavirus cases.
The demonstration came as unrest is on the rise in Europe, where governments, desperate to end the pandemic and its damage to their economies and healthcare systems, are increasingly focusing on the unvaccinated. Austria will enter its fourth nationwide pandemic lockdown. Unvaccinated people will remain subject to restrictions once the lockdown ends, potentially after three weeks.
“I understand that people express their displeasure and I am aware that the atmosphere is very tense,” Chancellor Alexander Schallenberg told the Kurier newspaper in an interview.
An estimated 35,000 people roamed in and around Vienna’s Heldenplatz, one of the
city’s central squares. Organisers put the crowd numbers much higher. Banners and placards demanded “Freedom” and “Hands off our children.” Flags of Austria and also of Croatia, Sweden, Austrian provinces and Australia were spotted in the crowd.
Protesters shouted “Resistance!” and police — trying half-heartedly to enforce mask-wearing — were booed. Some demonstrators wore yellow Stars of David with the words “unvaccinated,” a controversial move also seen in other countries by vaccine opponents attempting to equate their
position to that of Jews in the Nazi era.
Speakers, many of them officials of the rightist Freedom Party — the third biggest in Austria’s parliament — lamented what they called inaccurate reporting by mainstream media about the pandemic, the vaccines, and the protests against them. They urged demonstrators to make videos of the largely peaceful protests.
The idea that the pandemic is largely a myth permeated the commentary. “Raise your hand if you know someone who died of corona,” said one speaker. Nary a hand went up — although Austria’s coronavirus deaths are approaching 12,000, including over 2,000 in Vienna alone. By contrast, all arms were raised when the crowd was asked if they knew someone with vaccination damage.
“Nothing those in power tell us is true anymore,” said Tom from Vienna, who declined to give his last name. “I don’t want my children to grow up in dictatorship. We’re not there yet, but we’re closer than we were two years ago.”
He cited reports about the pandemic from Servus TV, which has become the central organ of Covid skeptics in Austria. Servus is owned by Dietrich Mateschitz, the billionaire founder of beverage company Red Bull.
Alban, a German citizen and Vienna resident, said it was the lockdown for unvaccinated people that Austria announced a week ago that “opened my eyes. Before that I believed in the ruling narrative.”
The demonstration made its way along the Ring around Vienna’s inner city, and later to the shopping thoroughfare Mariahilferstrasse, led by activists from the far-right Identitarian Movement — a group that favours an ethnically homogenised “European culture.”
The leaders carried a banner “control the borders, not our own people.”
A few scuffles took place between police and protesters, some of whom threw beer cans and bottles at officers. The Krone reported ten arrests.
There was nothing on the scale seen in the Netherlands, when a protest in Rotterdam turned violent and police fired warning shots. Scores were arrested.
Separately, thousands gathered in the Croatian capital of Zagreb to oppose vaccinations. Virus cases are receding in Croatia from records hit this month. About 47% of people are fully vaccinated.
An elderly couple watched the Viennese spectacle in dismay from the sidewalk, with one using an expletive to describe the marchers.
“We want to fight against the oppression of the people,” said Guenter Reisch from Eferding in Upper Austria, a region whose 7-day incidence of coronavirus is the second highest in Europe, after Austria’s Salzburg. “We’re afraid of fascism, we’re for freedom,” he said.
While many of the protesters looked similar to the crowd typically present at events of Austria‘s established hard-right, also on hand were esoteric groups dancing to drums and burning incense, sporty tanned men carrying Ironman triathlon finisher backpacks, families with children, and immigrants.
A brisk 15-minute walk away from protests, thousands passed an unseasonably warm and sunny November day with shopping and eating along the Brunnenmarkt, Europe’s longest outdoor market.
“The nitwits downtown are adding insult to injury,” said Anja, a veterinary student sitting at a cafe with friends, who asked that her last name not be printed. “Our patience shouldn’t have to be endless.”
She and others expressed frustration at not just the vaccine skeptics and the impending lockdown, but also Austrian leadership that’s repeatedly sent mixed messages.