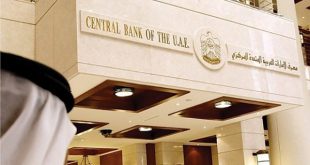 Dubai’s Roads and Transport Authority (RTA) opened on Saturday, a sector of the Dubai-Al Ain Road Improvement Project where the road has been widened from three to six lanes in the direction of Al Ain. The sector, which extends eight km, starts from Bu Kadra Junction to the junction of Sheikh Mohammed bin Zayed Road with Dubai-Al Ain Road.
Works completed included two underpasses to serve the traffic from and to Al Meydan Road, service roads leading to the residential communities of Nad Al Sheba 1, 2, 3 and 4 as well as the new Nad Al Sheba Bridge, Meydan district and Meydan Heights.
As such, motorists coming from Dubai heading towards Nad Al Sheba 2 via the underpass are required to use the service road at Exit 6 on Oud Metha Street. Those exiting Meydan Heights heading to the Dubai-Al Ain Road are required to use the temporary road connecting the traffic from Meydan Heights through the Abjar Street heading to the mainstream Dubai-Al Ain Road, be it in the direction of Al Ain or Dubai, via Street 34 at Nad Al Sheba.