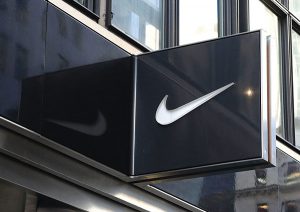 There will be fresh kicks under the Christmas tree after all. Three months ago, Nike Inc raised the alarm on
the supply chain crisis: It warned that shoppers might not be able to find the sneakers they wanted in the run up to the holidays. It offered some reassurance that the worst may be over.
As it announced its second-quarter earnings, the maker of Air Jordans and Converse said the Covid lockdowns in Vietnam, where it manufactures more than 40% of its products, were abating. Chief Financial Officer Matthew Friend said that after many factories had to shut from July through September, all were operational again, with more workers returning. Weekly footwear and clothing volumes stood at 80% of pre-closure levels.
This is a relief for Nike, as well as for rivals such as Adidas AG that also manufacture sneakers in Vietnam. Overall, Nike had to cancel orders for 130 million items because of three months of lost production. The company is now more confident that things will return to normal over the coming quarters.
What’s more, demand for its shoes has stayed robust despite headwinds from inflation and supply shortages. This means the footwear and sports-clothing maker hasn’t had to discount as much as usual. In fact, the level of full-price sales was higher than the company had expected going into the holiday season. This helped offset tight product availability and increased costs from shipping. The gross margin — the difference between the prices at which retailers buy and sell goods — rose by 2.8 percentage points to 45.9% in the three months to November 30. It’s pretty remarkable this measure expanded at all given the severe disruptions at factories and ports.
Fewer markdowns is a phenomenon we’re likely to see across the retail and consumer landscape as companies report their holidays sales.
Of course, despite Nike’s favourable outlook, there are still some lingering grounds for caution. While sales held up in North America and Europe, as items that had been stuck at sea arrived in time to be sold during the quarter, sales in China fell 24%, excluding currency movements. Nike blamed this on not having enough product in the crucial market, because of the shutdown in Vietnam and also of wider Covid restrictions.
Nike says conditions in China are improving, but the trajectory will be worth watching since the market is so significant for consumer groups from Starbucks Corp to the big luxury houses. Nike’s stumble raises questions about the impact of recent boycotts, as it and other western brands were criticised earlier this year for their stance on labour in the country’s Xinjiang region.
And now sellers of everything from gowns to gadgets also have to contend with President Xi Jinping’s “common prosperity” crackdown on inequality, which could lead to a fall in consumer demand. Meanwhile, Nike reiterated its forecast that sales this fiscal year will increase by a mid-single-digit percentage, even accounting for the omicron variant.
With the new strain spreading fast, that could prove optimistic. It is worth remembering that Nike is better suited than most other retail businesses to withstand the supply chain pressures, given its scale, instantly recognisable brand and strong direct-to-consumer business, with its stores and digital channels.