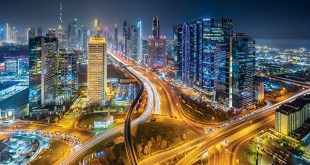 Macy’s Inc appointed William Lenehan, an expert in real estate investments, to its board amid investor pressure to monetize its real estate assets.
Shareholder Starboard Value LP has been pressuring Macy’s since July to spin off its real estate assets, which the hedge fund estimates are valued at about $21 billion.
The assets include Macy’s landmark properties Herald Square and Union Square stores in New York. Macy’s said in November it was not exploring formation of a real estate investment trust, but was seeking partnerships or joint ventures for its flagship and mall-based stores.
It has also entered into partnerships with Tishman Speyer and Starwood Capital Group for selling some floors of its downtown Seattle store and Fulton Street store in Brooklyn. Lenehan, 39, heads Four Corners Property Trust Inc, the business which was separated by Olive Garden owner Darden Restaurants Inc into a real estate investment trust in November.
Starboard led a coup in 2014 to replace Darden’s board and spin off some of its restaurants and other properties into a REIT. “Bill will contribute to our board’s expertise and working knowledge on matters related to real estate, an important area of activity as we work to create shareholder value through joint ventures or other partnerships,” Macy’s Chief Executive Terry Lundgren said in a statement on Tuesday.