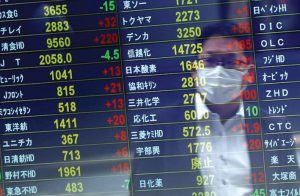 Some of Japan’s biggest trading houses reported bumper profits and flagged more to come as they benefited from higher energy and commodities prices.

The three companies, together with Mitsubishi Corp. and Mitsui & Co., are the top five trading houses in Japan and are partially owned by Warren Buffett’s Berkshire Hathaway Inc.

The houses, known as sogo shosha, have taken advantage of supply constraints, geopolitical strife and a rebound in demand that have pushed up the prices of some raw materials. The weak yen, which hit a 32-year low against the dollar last month, has also boosted their repatriated earnings. There are headwinds building, however, in the form of quickening inflation and slowing growth.

“The first-half result is extremely strong,” Marubeni Chief Financial Officer Takayuki Furuya said at a briefing in Tokyo. However, “the outlook from the second half is quite unclear,” he said.

Mitsui, the first of the big traders to report results, said that net income will climb to a record 980 billion yen for the current fiscal year, up from its previous outlook of 800 billion yen. The company also announced a buy-back of as much as 3.8 percent of its shares. Mitsubishi will report on November 8.

Itochu CFO Tsuyoshi Hachimura said on Friday the company has decided to retain its investment in Sakhalin-1 oil and gas project in Russia via its involvement in the Sakhalin Oil and Gas Development Co. Tokyo had requested the consortium keep its stake in the project, which is an important source of energy for Japan. Marubeni and the country’s trade ministry are also part of the group.