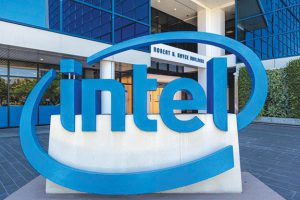 Intel Corp released chips with its delayed server design that are key to regaining control
of one of the most lucrative markets in computing.
Xeon processors based on the new Sapphire Rapids design are already in cloud-computing systems run by Alphabet Inc.’s Google and Amazon.com Inc.’s Amazon Web Services and are going on general sale in machines offered by Hewlett Packard Enterprise Co. and Dell Technologies Inc., Intel said.
For Intel, the largest maker of computer processors, the new product is a chance to stem market share losses and prove that it is back to delivering competitive chips needed in machines that are the backbone of the internet and corporate networks. The debut of Sapphire Rapids is the first step in rebuilding confidence that Intel is once again leading the computer industry forward, according to Sandra Rivera, the
head of Intel’s Data Center & Artificial Intelligence division.
“We’ve been on this journey to regain customer trust, after several missteps, to demonstrate that our ‘do-say ratio’ is improving and we’re getting back to execution excellence,” Rivera said in an interview. “We’re feeling like we have been through a lot of the learning from the perhaps overly ambitious plans that we had on Sapphire Rapids and then the subsequent delays.”
Intel’s data center business has been treading water as the industry has exploded. Its Xeon range once held more than 99% of the market in machines needed to make sense of the growing flood of data created by smartphones and the internet. Rival Advanced Micro Devices Inc and home-grown efforts by some of Intel’s largest customers have eaten into that dominant position. The company’s ability to fight back has been eroded by delays in production technology and bringing new chips to the market. Sapphire Rapids was first announced in 2019 and its availability has been postponed at least twice.
Third-quarter sales for Intel’s data-center division — which typically contributes an outsized portion of profit — dropped 27% to $4.2 billion. AMD’s data center unit reported a revenue increase of 45% in the same period. That divergent performance helped shift 3.6 percentage points of server market share to AMD but still left Intel with a formidable 83% share, according to Mercury Research.
Intel sees the new server products as part of Chief Executive Officer Pat Gelsinger’s ambitious plan to return the chipmaker to the forefront of the industry. Investors have balked at the cost and amount of time it will take, sending shares down 49% last year.
Intel’s executives said the new Xeon with the Sapphire Rapids design include advancements in technology that will make it more flexible for customers. The processors can work in the current environment where server buyers want to combine multiple types of chips from multiple chipmakers.
At least one of its competitors agrees. Nvidia Corp. has chosen the new Intel design as the processor for its DGX artificial intelligence acceleration server systems, moving away from the AMD chips it used in the previous generation.
Intel was willing to work with Nvidia early, sharing test chips that helped Nvidia fine-tune the software for its own chips that go into machines that are used to train AI software.
“Intel has been a great partner getting us the technology when we needed it, working with our engineering team very deeply,” said Charlie Boyle an Nvidia vice president.
In addition to playing a role in high-end AI machinery such as Nvidia’s DGX, Sapphire Rapids is designed with several accelerators built in. Those allow users of less-powerful servers, such as the owners of in-house corporate data centers, to tap into the benefits of AI to analyze their data, according to Intel Vice President Lisa Spelman.
Overall, the new design will help data center owners save energy by allowing some to cut down on the use of separate chips and by enabling servers to do their work more quickly.
AMD made some similar claims about increased efficiency when it released its latest server design in November. And analysts such as Hans Mosesmann at Rosenblatt Securities and Stacy Rasgon of Sanford C. Bernstein said Intel’s competitive position will remain challenging this year. Even CEO Gelsinger has said server competition will be a “knife fight” for a while.
For Rivera, Sapphire Rapids and its successors are the beginning of reversing any perception that Intel is in permanent decline.
“Revenue and market share are sort of trailing indicators of the things that we did or didn’t do several years ago,” she said. “All of the leading indicators in terms of the health of the products, the ramp of the products, the introduction on time, on schedule of the coming products, I think these are all the ways that we turn probably our biggest critics into believers that we’ve got our mojo back.”