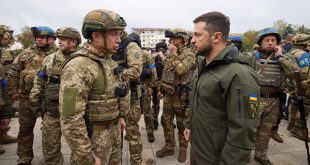 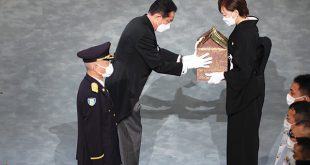 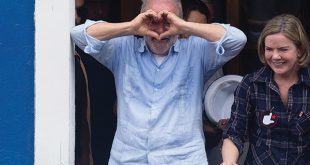 Indonesia’s leader on Monday held talks with Sudanese President Omar Al-Bashir, who has been indicted for war crimes by the International Criminal Court, with Jakarta defending having invited him to a summit of Muslim countries.
Bashir met President Joko Widodo and the Indonesian foreign minister briefly on the sidelines of an Organisation of Islamic Cooperation (OIC) summit in Jakarta.
Bashir regularly travels to Sudan’s neighbours but goes on long-distance trips less frequently.
The International Criminal Court (ICC) indicted him over war crimes and crimes against humanity in 2009 and on genocide charges in 2010, all relating to the conflict in Sudan’s Darfur region.
Members of the Hague-based ICC are obliged to arrest Bashir. Indonesia is not a signatory to the ICC.
Indonesian foreign ministry spokesman Arrmanatha Nasir insisted that Indonesia was obliged to invite all leaders of OIC nations to the summit, including Bashir.
“OIC state leaders can come, and we treat all OIC members as state guests,” he said. “We can’t just choose who we want to invite, and who we don’t want to.”
When asked about the war crimes accusations levelled at Bashir, Nasir responded: ”We are not a member of the ICC so we are in no position to make the same accusations.”
Bashir was due to visit Indonesia last year for a conference of Asian and African leaders, but cancelled at the last minute.
He visited China in September, where President Xi Jinping welcomed him as an “old friend of the Chinese people”.
The Darfur conflict erupted in 2003 when ethnic insurgents rebelled against the Arab-dominated Khartoum government, complaining of marginalisation.
It has left 300,000 dead and some 2.5 million displaced, according to UN figures.
Indonesia, the world’s most populous Muslim-majority country, tries not to interfere in other countries’ domestic affairs and has good relations with a handful of nations that have been ostracised by much of the international community.