India’s Tata in talks to join club of iPhone makers 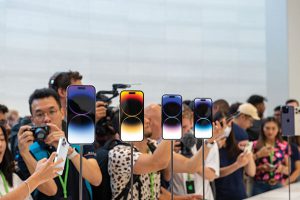 Tata Group is in talks with a Taiwanese supplier to Apple Inc to establish an electronics manufacturing joint venture in India, seeking to assemble iPhones in the South Asian country.
The discussions with Wistron Corp are aimed at making Tata a force in technology manufacturing, and the Indian salt-to-software conglomerate wants to tap the Taiwanese company’s expertise in product development, supply chain and assembly, people with knowledge of the matter said. If successful, the pact could make Tata the first Indian company to build iPhones, which are currently mainly assembled by Taiwanese manufacturing giants like Wistron and Foxconn Technology Group in China and India.
An Indian company making iPhones would be a massive boost for the country’s effort to challenge China, whose dominance in electronics manufacturing has been jeopardised by rolling Covid lockdowns and political tensions with the US. It could also persuade other global electronics brands to consider assembly in India to reduce their reliance on China at a time of increasing geopolitical risks.
The structure of the deal and details such as shareholdings are yet to be finalised, and talks are ongoing, the people said, declining to be named as the conversations are private. The plan could entail Tata buying equity in Wistron’s India operations or the companies could build a new assembly plant, one of the people said. They could also execute both those moves, the person said.
It wasn’t immediately clear if Apple was aware of the talks, which come at a time the US tech giant is looking to diversify more production away from China and deepen its supply chain in India. Apple is known to work with local companies in regions where it sets up manufacturing bases — but assembling iPhones is a complicated task that entails meeting the US company’s tight deadlines and quality controls.
A Wistron representative declined to comment. Tata and Apple didn’t respond to requests for comment.
The new venture aims to eventually increase the number of iPhones assembled by as much as five times from what Wistron currently builds in India, one of the people said. A partnership would also likely result in Mumbai-based Tata obtaining a share of Wistron’s manufacturing business beyond smartphones, the people said.
Tata Group Chairman Natarajan Chandrasekaran has said electronics and high-tech manufacturing are key focus areas for the company, India’s top conglomerate with revenue of about $128 billion.
Industries such as software, steel and cars account for much of Tata’s business, but it has taken early steps in the smartphone supply chain by starting to manufacture iPhone chassis components in southern India.
For Wistron’s Indian business, struggling with losses, a pact with Tata would give it a formidable local partner with deep pockets. Tata’s reach also spans automobiles including electric vehicles, an area many of the world’s tech giants are eager to expand in.
Wistron began making iPhones in India in 2017, after years of efforts by Apple to add manufacturing capabilities in
the country. The Taipei-based company currently assembles iPhones at its plant in the state of Karnataka in southern India.
The promise of India’s 1.4 billion-strong consumer market and Prime Minister Narendra Modi’s financial incentives for tech production have driven Apple’s other key contract manufacturers Foxconn and Pegatron Corp to also expand in the country.
Still, India’s workforce and factories haven’t easily adopted the highly controlled practices that Apple requires from suppliers. 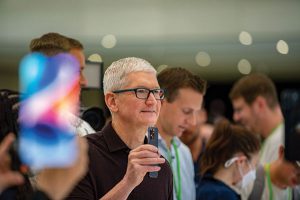 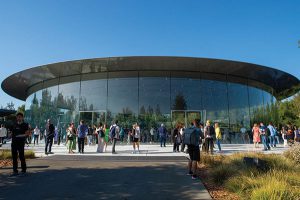 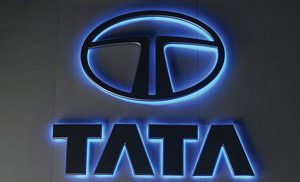