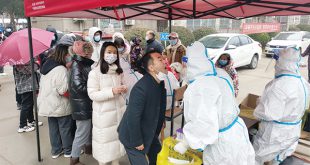 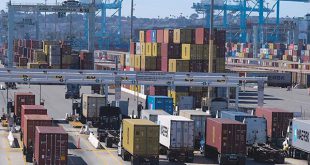 India, it seems, is replacing China as Asia’s star economy. While China’s growth has slipped below 7 percent, new reports suggest that India’s economy will expand by 7.6 percent in the fiscal year ending in March. Leaving aside the accuracy of these figures, the preoccupation with growth rates has obscured an equally important trend: China is blowing India away in technological innovation.
It starts with money. China now spends more than $200 billion on research and development; for India, the figure is less than $50 billion. The disparity is not simply due to China’s larger economy. China devotes more than two percent of its GDP to R&D – a greater share than in much of Europe. In contrast, India has struggled for years to get above one percent. In fact, the Indian figure has barely changed since 1990, when the country’s per capita output was less than a quarter of what it is today.
China’s surging investment in R&D is not led by government but by business. Business spending accounts for more than three-quarters of China’s R&D spending. For India, the figure is closer to one-third. Huawei leads the pack in China, but it is hardly the only Chinese company investing in R&D. In 2015, China had 301 companies among the world’s top 2500 R&D spenders, while India had 26.
Against this backdrop, it should come as no surprise that China and India are on very different developmental paths. While Chinese patent data are of dubious significance, China-based inventors are tallying a growing number of overseas patents. Overall, Chinese firms have more than twice as many patents in the United States as their Indian counterparts. Huawei alone holds more than 30,000 patents worldwide.
Scientific publishing shows a similar trend. The latest data indicate that thirteen percent of the most frequently cited science and engineering papers included an author from China. That was comparable to the figures for Germany and England, and more than double China’s total between 2004 and 2008. India’s share of highly cited papers has risen as well, but only to two percent.
While China has become known for a nationalistic approach to technology and innovation, it looms much larger than India in global scientific collaboration. The latest data indicate that 16 percent of US academic science and engineering articles with a foreign co-author had one from China. China’s total was higher than that of every other country in the world, including longstanding collaboration leaders like the United Kingdom and Germany. India’s share of the total has grown as well, but only to three percent.
China has its weaknesses, to be sure. One recent study estimated that Japan was nearly five times as efficient as China at converting innovation inputs (money and well-educated labour) into innovation outputs such as patents. China’s treatment of foreign firms, including rampant intellectual property theft, is alienating some of the world’s most innovative companies. The Chinese government has an unhelpful tendency to tell businesses where they should be investing. China’s financial system steers too much capital to state enterprises and not enough to small private firms. The government’s regulation of the stock market obviously has a long way to go.
For sure, India has its strengths. Its political system is naturally more conducive to free and open debate, although this has not translated into a strong university system. India also boasts a critical mass of tech-savvy, English-speaking professionals who integrate easily into global innovation networks. Since 2010, in fact, US firms have spent more on R&D in India than in China, thanks to investments in software in particular.
Despite these caveats, China is emerging much faster than India as a source of innovation and knowledge creation. So before Indian leaders congratulate themselves on their country’s newfound economic stardom, they’d be well advised to think long and hard about India’s place in the increasingly global knowledge economy. In that regard, India isn’t catching up to China, but falling further behind.