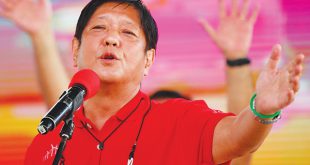 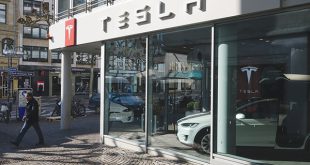 One of the focus areas within the growing trilateral cooperation between the United States, Japan and India is the Indian Ocean. Covering one-fifth of the water on the Earth’s surface, the Indian Ocean generates vital long-term trade flows and energy interests, particularly for Asia. However, tensions between China and India in their waters are increasing as New Delhi grows concerned about the expansion of PLA Navy submarine deployments in what it considers its backyard.
These Chinese submarine deployments have ramped up since a 2013 Indian Defense Ministry report warned that they constituted a “grave threat.” In the past three years, developments like the docking of Chinese submarines in Colombo and Karachi and Air Independent Propulsion technology upgrades to the Yuan-class of submarines have sparked continued questions about China’s ulterior motives in the Indian Ocean. Despite China’s claims that its submarine deployments are part of its counter-piracy missions, many of its actions suggest a desire to establish an expanded undersea presence in the Indian Ocean.
India, in turn, is responding with a stronger hand in the space, emerging from its so-called “maritime blindness” with hopes of being more than just a continental power. On a trip to the Seychelles and Mauritius in March 2015, prime minister Narendra Modi fashioned a far-reaching vision for the space, in which he put the Indian Ocean at “the top of our [India’s] policy priorities” and promised to defend India’s maritime interests.
They were not empty words; as of last summer, India plans to spend at least $61 billion in the next 12 years expanding its navy. In addition to adding 100 new warships to its current 137-ship fleet, India is focusing on the undersea domain, building its first anti-submarine force. Notably, the Indian Navy also plans to add six nuclear ballistic missile submarines.
Modi also promised to bolster maritime security cooperation, and the United States and Japan are working with India to do so. Last year, U.S. president Barack Obama became the first American president to attend India’s Republic Day parade. The visit led to the US-India Joint Strategic Vision for the Asia Pacific and Indian Ocean Region as well as a new U.S.-India Defense Framework, signed six months later. The agreement expanded defense cooperation and sent a very strong signal that the two countries want to work together and achieve a vision in the maritime space, according to a senior U.S. defense official. In addition, recent reports suggest that Japan and India will sign a defense pact that may include cooperation on maritime surveillance.
Japan also became a permanent member of the annual U.S.-India Malabar exercises in the Bay of Bengal last year for the first time in eight years, during which the three countries conducted anti-submarine warfare exercises. Furthermore, the U.S. military recently announced that it will hold joint naval exercises with Japan and India off the northern Philippines, near the South China Sea.
In addition, trilateral cooperation could extend into the technology realm. At the annual U.S.-Japan Security Seminar organized by the Center for Strategic and International Studies and the Japan Institute for International Affairs in Washington last month, Vice Admiral Umio Otsuka, the president of the Japanese Maritime Self Defense Force Command and Staff College, noted that China’s increasing undersea presence increases the need
for more intelligence, surveillance, and
reconnaissance to better monitor China’s
intentions.
India, already reliant on the United States for technology for its warships, could also work with Washington “to explore technologies that can augment India’s next-generation submarine fleet,” as a recent CSIS report suggests. Japan also has extensive experience in the field of robotics that could prove crucial, especially if unmanned underwater vehicles—an underexplored area, according to retired Admiral Gary Roughead—come increasingly into play in the Indian Ocean.
Technological advances will add a new dynamic to the undersea environment, and the United States, Japan and India will need to think about how to deal with the new instabilities that can arise in that domain. This means it will be even more important to fashion an updated regional security architecture in the Indo-Pacific. As the trilateral relationship strengthens, it could also look at ways to effectively manage the space, including incorporating other countries in the region into such a framework.
There will likely be rough waters ahead. Expanding undersea operations, complicated by a nuclear deterrent, put the region in a strategic flux that is unlikely to diminish in the near-term. But the way in which India is integrated into the larger Indo-Pacific picture is crucial. Done right, it will go a long way toward stabilizing the Indian Ocean Region and it may also tell us something about how far the three countries can extend their reach.