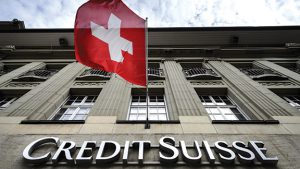 Credit Suisse Group AG will take a large legal charge in the fourth quarter and warned of outflows at its key wealth business, capping a tough year for the bank after a series of scandals and management turmoil.
The lender will set aside 500 million francs ($546 million) for litigation stemming primarily from its investment banking business, according to a statement from Switzerland’s second-biggest bank. The unit will post a quarterly loss as it pares risk and trading conditions normalise, while the wealth business saw outflows as clients pull back, particularly in Asia.
The performance issues and additional charges cap the bank’s worst year since the financial crises after it was shaken by the collapse of Archegos Capital Management and Greensill Capital. Chief
Executive Officer Thomas Gottstein has struggled to revive confidence among employees and investors after an exodus of talent. A reboot under star banker Antonio Horta-Osorio has been thrown into doubt after he was ousted as chairman nine months into his role.
Credit Suisse already warned in November that it will post a net loss on the back of a 1.6 billion-franc impairment tied to its restructuring. The new charges will further weigh on results. The bank said it expects to to have near-zero pretax income in the fourth quarter before the big restructuring charge.
Shares of Credit Suisse have lost almost a third of their value over the past year, the worst performer among the large European banks, which have rallied on the prospect of higher interest rates.
The new provisions, which will be partly offset by gains from real estate sales, come from a “number of cases where the Group has more proactively pursued settlements,” Credit Suisse said, without giving detail on what litigation is covered by the charge.
Transaction-based revenues at the investment bank and wealth business declined, reflecting both a seasonal slowdown and conditions returning to a more normal state after the “exceptional environment” in 2020 and 2021, the lender said. The loss at the investment bank is before the goodwill impairment, and also reflects the exit from the prime brokerage business at the heart of the Archegos hit.
The bank also said it has seen a “significant” slowdown in transaction activity at the international wealth management and Asia Pacific divisions, including a de-leveraging by clients in Asia amid market gyrations. That will lead to negative net new assets for its wealth business, though that will be offset by inflows in its asset management businesses.