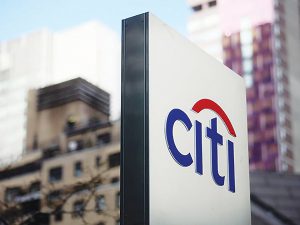 Citigroup Inc wants to focus its UK retail-banking operation on its wealthiest customers as the Wall Street giant revamps its overseas presence.
The company will invite UK customers that meet the profile of its private bank to make use of those services as it winds down the operation, according to a statement about the proposal. The majority of clients wouldn’t be affected until next year, the New York-based company said in the statement.
“Citi has begun the process of collectively consulting with employees of its UK retail bank in more detail about the proposal,” the lender said in the statement. “No final decision can be taken until that process concludes.”
Citigroup has been revamping its personal-banking arm as part of plans to shutter
retail-banking operations in more than a dozen markets around the world.
Instead, the company has said it will focus on expanding its wealth-management and private-banking arm, including wealth centers in Singapore, Hong Kong, and London.
The company’s only branch in the UK is in London’s Canary Wharf neighbourhood. If implemented, the proposal would have no material financial impact to the bank and the firm vowed it “would ensure all
account closures are made in line with the relevant terms and conditions and regulatory requirements.”