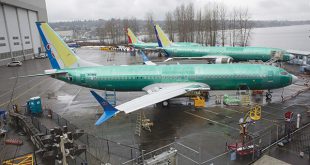 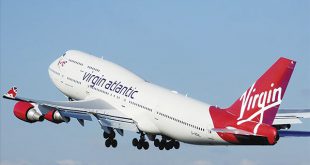 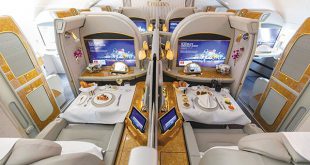 Airbus to auction off pieces from its A380 superjumbo

China’s airlines are reaping the benefits of a policy not to hedge in the oil market, unlike some of their rivals across Asia Pacific.
The ’Big Three’ — Air China Ltd., China Southern Airlines Co. and China Eastern Airlines Corp., will probably report next week at least a 70 percent surge in net income for 2015 amid a plunge in oil prices, which helps to trim their biggest expenditure. Hainan Airlines Co., the biggest non-government carrier, is due to report Thursday.
The Chinese carriers’ strategy is in contrast to Cathay Pacific Airways Ltd. and Singapore Airlines Ltd., which both reported hundreds of millions of dollars from hedging losses last year. Crude oil’s plunge to a 12-year low in January has fuelled a rally among airline shares amid a surge in traffic in a country set to become the world’s biggest travel market.
“2015 was a good year, but 2016 will be even better,” said Esme Pau, a transportation analyst with Jefferies Hong Kong Ltd., who rates Air China and China Eastern shares a buy.
Brent prices that hovered over $67 a barrel in May slumped to a low of about $27 in January, helping cut what is often the biggest cost for most Asian airlines. Still, it isn’t all that easy a ride.
China devalued the yuan last year, which affects the carriers as they have ordered some $100 billion worth of aircraft. While payments for planes are in dollars and a large portion of revenue comes from the local market, Chinese airlines are taking steps to cut dollar-denominated debt.
The three big carriers have targeted to reduce the portion of dollar debt to 50 percent to 60 percent of their total by the end of this year, HSBC Holdings Plc analysts led by Jack Xu wrote in a report last month.
“This should help reduce forex sensitivity when the renminbi depreciates against the dollar,” Xu wrote.
Decades of economic growth have spurred a surge in air travel demand in China, which is forecast by both Boeing Co. and Airbus Group SE to become the world’s biggest air travel market. By 2034, one in five passengers in the world will be traveling to, from, or within China, according to the International Air Transport Association.
Passenger traffic rose 11 percent last year to 440 million trips, according to the country’s aviation administration. It has projected 485 million passenger trips this year.
Air China will report net income surged 77 percent to HK$6.78 billion ($874 million), the highest in four years, according to the mean estimate of 14 analysts tracked by Bloomberg. China Southern’s profit will jump 177 percent and China Eastern’s by 71 percent, according to the estimates.
“They have a no-hedge policy, so they weren’t caught like Cathay by the hedging losses,” said Geoffrey Cheng, Bocom International’s head of transportation research in Hong Kong. “So last year was a pretty good year in terms of getting these fuel price benefits, but that is unlikely to be as strong a driver this year.”
Cathay Pacific saw passenger yields, or the money an airline earns from carrying travelers each kilometer, slide 11 percent last year amid competition from mainland carriers. The Hong Kong-based company also reported HK$8.47 billion of jet fuel losses last year.
“Chinese airlines are waking up to their potential but there is still more they can achieve,” said Will Horton, a Hong Kong-based analyst with the CAPA Centre for
Aviation.