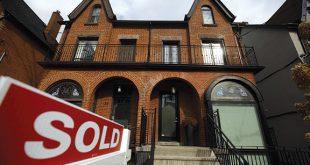 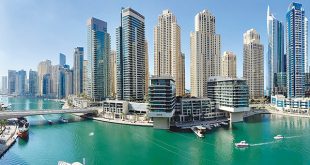 Beijing Homelink Real Estate Brokerage Co. is seeking to raise funds in a financing round that will give the property company a valuation of about 40 billion yuan ($6.2 billion), according to people familiar with the matter.
Homelink, which focuses on rental and second-hand real estate transactions, is raising about $1 billion and has attracted funding from Chinese Internet giants including Tencent Holdings Ltd. and Baidu Inc., said the people, who requested not to be named because the matter is private.
Homelink, which started its first physical store in Beijing in 2001, expanded to 5,000 outlets across 24 cities in China by October. The company has moved online to build a database that includes information on 56 million property units and expects transactions initiated on its platform to rise 67 percent to at least 1 trillion yuan ($154 billion) by 2017 from last year, according to a report by the state-run People’s Daily.
“Tencent would love to have this investment, to provide customers mortgage and bridge loans,” said Li Muzhi, a Hong Kong-based analyst at Arete Research Services LLP.

Government Incentives
Online property firms like listings site SouFun Holdings Ltd. and real estate agency E-House China Holdings Ltd. are benefiting from central bank monetary stimulus and an easing of housing-market regulations, particularly in the major cities. Steps the government has taken to encourage home buying include a reduction of minimum down payments and cuts in deed and business taxes on home transactions. E-house rose 2.6 percent on Wednesday in the U.S., the most in more than a month. Leju climbed 3.8 percent, the most since March 29, while SouFun edged 0.7 percent higher.
If the funding goes through, Homelink would become China’s sixth largest venture-backed company, according to CB Insights’ unicorn-tracker. Globally, it would surpass ride-sharing service Lyft Inc. in value and rank just below Indian online marketplace Snapdeal.
Homelink set up an online finance unit and lent about 300 million yuan worth of down payments through its lending platform as of the end of February, the company said.
Wang Yiduo, a spokeswoman for Homelink, said the company is in the process of fundraising in a text message, declining to comment further. Canny Lo, a spokeswoman for Tencent, didn’t respond to an e-mailed query. Baidu declined to
comment.
Tencent, Baidu and Alibaba Group Holding Ltd. have contributed to a surge in venture deals in China. The value of investments in the country more than doubled to $37 billion last year and hit $12.2 billion in the first quarter, according to London consultancy Preqin Ltd.