China, USA near UN accord on N Korea as missile divide remains 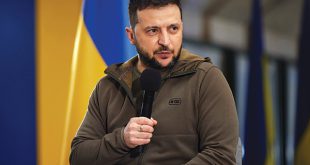 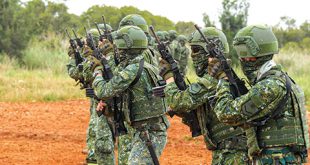 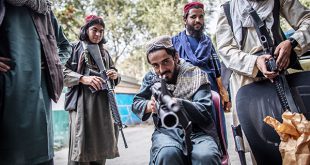 US and Chinese officials cited “significant” progress on a new United Nations resolution targeting North Korea’s nuclear weapons program, while laying out continued differences over the contested South
China Sea.
Foreign Minister Wang Yi and Secretary of State John Kerry wouldn’t give details of any draft proposal, which would punish North Korea for its recent nuclear test and long-range rocket launch that violated UN Security Council resolutions. The launch prompted South Korea’s government to say it would be willing to discuss installing a US missile defense system on its territory, a move long opposed by China.
“The resolution is being evaluated by our teams in both Beijing and Washington but the fact that it is being evaluated is significant,” Kerry said at a briefing with Wang Tuesday in Washington. “There is no question that if the resolution is approved, it will go beyond anything previously passed.”
Kerry added there would be no need to deploy the missile defense system, known as Thaad, if North Korea agrees to abandon its nuclear weapons program. The US maintains about 28,500 troops in South Korea and China sees any additional troops or weapons systems as a threat to its security interests in Asia.

Tougher Sanctions
China’s participation in any new sanctions is essential as it is by far North Korea’s leading trade partner, providing most of the isolated country’s energy and food. That relationship has been strained as Kim Jong Un ramps up his nuclear weapons program.
So far China has been cautious about tougher penalties focused on oil shipments to the regime in Pyongyang, concerned about sparking instability in a country with whom it shares a long border. The US and China have tentatively reached an agreement on North Korea that includes a ban on exporting jet fuel that the air force uses, South Korea’s Dong-A Ilbo newspaper reported, citing people it did not identify.
It was the third meeting between Kerry and Wang in a month, and came after China deployed missiles on Woody Island in the disputed South China Sea, an area contested by China and a number of Southeast Asian nations. Kerry said the US seeks to halt the “militarization” of the region and governments should avoid unilateral actions to exercise their claims, singling out China and Vietnam.

‘Historic’ Claims
Wang countered by saying China has “historic” claims in the sea and criticizing actions by the Philippines, which China says has broken earlier accords over the area. Wang also called for a halt to “close up” military reconnaissance in the waterway, where the US often patrols with airplanes and warships.
Hours before the Wang-Kerry meeting, the top US commander in the Pacific said his fleet would continue “freedom of navigation operations” in the sea, citing its importance to global trade.
“China is clearly militarizing the South China Sea and you’d have to believe in the flat Earth to think otherwise,” Admiral Harry Harris said at a Senate committee hearing in Washington. “I believe China seeks hegemony in East Asia. Simple as that.”
Kerry and Wang did seek to highlight areas of cooperation, including recent accords on climate change and efforts to halt Iran’s nuclear program.