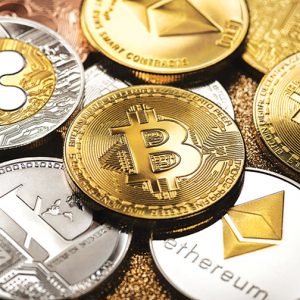 Bitcoin briefly surpassed $25,000 for the first time since mid-June, as momentum continued from a cooler-than-expected US inflation data and progress towards Ethereum’s big upgrade.
The largest cryptocurrency rises as much as 2.2% to $25,031, its highest level since June 13. It was trading around $24,750, rising a fifth straight day in a streak fuelled by US consumer-price index data that came in below expectations. Ether gained as much as 2% to $2,030.50, having surpassed $2,000 for the first time since May 31 amid optimism about completion of its blockchain’s much-anticipated software upgrade known as the Merge.
“The next CPI print will be released a mere two days before the Merge, at which point we expect a lot of pre-event momentum to be baked into the market,” said Fundstrat digital-asset strategist Sean Farrell, in a note Friday. “Long and medium-term investors should look to use any dips as buying opportunities.”
Crypto struggled through the first half of the year as the Federal Reserve hiked rates to combat stubbornly high inflation, with the prices of Bitcoin, Ether and other tokens falling by more than 50%. With US inflation data coming in below expectations in the past week, potentially paving the way for less-aggressive tightening action from the Fed, risk assets like the Nasdaq 100 Index have advanced — helping foster gains in crypto, which has been strongly correlated with that stocks gauge for months.
“Beyond increased derivatives volumes, we also speculate that crypto-native investors may start putting on more risk,” Farrell said, citing a rise in the balance of wrapped Bitcoin, which can be used as collateral in decentralised finance on Ethereum, on top of a rise last week in stablecoin velocity that points to more on-chain activity.
That comes in addition to positive developments for Ether, as the Ethereum blockchain’s Merge is now likely to happen around Sept. 15, network co-founder Vitalik Buterin said after a final test stage known as Goerli a few days ago. The Merge represents a transition in how Ether tokens are minted and transactions are validated, away from mining blocks using complex computational puzzles under the proof-of-work method and towards proof-of-stake. In addition, some investors are positioning to potentially benefit from a possible fork that would preserve proof-of-work Ether, according to Genesis Global Trading.