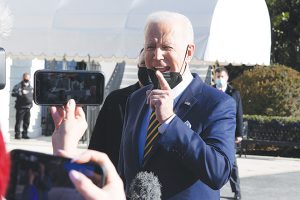 There’s a strong case for getting vaccinated (and boosted) against Covid-19. The problem for President Joe Biden is that the case for getting vaccinated amounts to an argument against his attempt to make vaccination mandatory for employees of large companies.
In the course of arguing against the mandate in front of the US Supreme Court last week, Benjamin Flowers, the solicitor general of Ohio, succinctly made the case for the Covid vaccines: “We are strong promoters of vaccination because they do stop serious illness.”
Getting vaccinated lowers the risk of getting a severe case of Covid, and therefore of hospitalisation and death. Combined with the low rate of major adverse side effects, that’s why the vast majority of people would be well-advised to get the vaccine. Most of the benefits of the decision to vaccinate accrue to the individual getting the shot and his family, but there are also positive effects for society, notably the reduced chance that a community’s hospitals are overwhelmed.
Under questioning from Justice Clarence Thomas, Flowers said that Ohio has the power to require employees — and, for that matter, “all individuals”— to receive the shots. He denied, though, that the federal government has that power. Justice Sonia Sotomayor sparred with him, suggesting that Washington now has all of the traditional powers of the states to promote public health.
It’s worth noting, though, that the Biden administration hasn’t taken that position. It’s not claiming it can order everyone to get vaccinated. It is merely, on its account, implementing a new rule under its undoubted authority to regulate workplace safety. It’s trying to stop people from coming down with the disease while on the job. Justice Neil Gorsuch pointed out that the federal government has never used this authority in this way before. Elizabeth Prelogar, Biden’s solicitor general, said that was because we’re in “an unprecedented pandemic.”
Who is the rule supposed to protect? Announcing it in September, Biden was clear: “We’re going to protect vaccinated workers from unvaccinated co-workers.” He dismissed the idea that vaccination should be “a personal choice” because it affects “the people you work with.” And he concluded, “We’ve been patient, but our
patience is wearing thin.”
It’s a strange rationale. The vaccinated already have a strong dose of protection against serious illness: their vaccination. Biden explained as much in the same remarks: “If you’re fully vaccinated, you’re highly protected from severe illness, even if you get Covid-19.”
The health risk the unvaccinated pose to the vaccinated appears to be small, and exaggerating it undermines the incentive for people to get vaccinated. If anything, it’s the unvaccinated who need protection from the vaccinated, since the vaccines, as powerful as they are in preventing severe cases of Covid, are proving less effective at blocking transmission of the latest variant. But almost all of the unvaccinated can secure that protection by getting the shots, no federal mandate required.
For most of these employees, the rule protects them primarily from their own bad decisions. But evidently Biden did not believe that the public would find this paternalistic coercion appropriate, and therefore disguised it with misleading remarks about protecting the vaccinated and needing to override individuals’ choices for the sake of others.
A comparatively small number of people cannot benefit from vaccination on account of medical issues and would benefit from their co-workers’ vaccinations. But employers have any number of ways to handle such situations. They can, for example, impose their own vaccination requirements on their employees, without federal prodding.
Governments can also take steps to help people in this situation, such as offering generous unemployment insurance, without forcing vaccines on scores of millions of people who don’t want them — and without stretching workplace-safety law to impose that rule even though Congress hasn’t enacted it.
Alternatively, workplace safety is a pretext. On this theory, the administration just wants higher vaccination rates, understandably enough. It knows it cannot order Americans to get vaccinated: Issuing mandates “is not the role of the federal government,” White House press secretary Jen Psaki said back in July. But it wishes it could, and so it went looking for any legal authority that could be used, however implausibly, to give it some of that power.
The question before the Supreme Court is not whether vaccination is a boon or even how far governments should be able to go to encourage it. Remember: Ohio says it could order all its residents to get the vaccine, but is still challenging the federal mandate. It’s whether to accept an unprecedented extension of federal power that Congress has not clearly authorised and that the administration cannot defend openly and honestly. 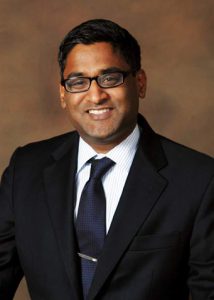 Ramesh Ponnuru is a Bloomberg Opinion columnist. He is the editor of National Review and a fellow at the American Enterprise Institute