Alibaba, Tencent face end of an era as sales start to shrink 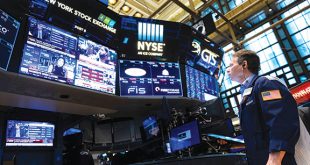 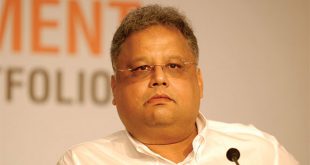 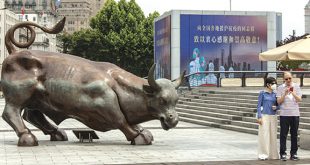 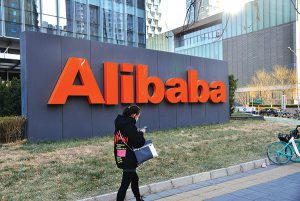 For almost a decade, Alibaba Group Holding Ltd and Tencent Holdings Ltd embodied China’s economic miracle, sustaining a dizzying pace of growth and approaching trillion-dollar valuations with splashy forays into every corner of the internet.
That spectacular run could officially end on Thursday, when the e-commerce powerhouse that Jack Ma founded is expected to record its first-ever decline in quarterly revenue — one of the few major Chinese internet corporations to do so, ever. Fellow billionaire Pony Ma’s Tencent, the social media powerhouse, could follow suit days later.
The milestones are a reminder for investors that, after a government crackdown that wiped more than $1 trillion off their combined market value in 2021, Alibaba and its long-time arch-rival are shadows of their former selves. Like the rest of the country, they’re grappling not just with an uncertain regime but also Covid Zero and a consumer crisis that’s testing the stability of the world’s No. 2 economy.
The speed and ferocity with which Beijing clamped down on online commerce, car-sharing, food delivery and gaming irrevocably reset growth expectations for the industry last year. But Alibaba has taken a harder hit than many of its peers.
There was tax evasion probe into celebrity livestreamer Viya, who once singlehandedly moved $1.2 billion of goods during Alibaba’s Nov. 11 online
bonanza. Then, the nation’s technology watchdog suspended ties with its cloud business for late disclosure of a major software vulnerability, spooking potential clients.
Alibaba reports earnings Thursday. Its revenue is projected to slip 1.2% to 203.4 billion yuan ($30.1 billion) for the three months ended June.
Prospects at Tencent aren’t much better. Although regulators resumed approving new games in April after a months-long hiatus intended to curb addiction, the country’s premier developer has yet to win a nod for a single title this year. That’s one reason analysts predict Tencent’s revenue will fall 1.7% in the April to June period.
Market sentiment towards Chinese tech stocks swung wildly in recent weeks, reflecting a persistent struggle to juggle a torrent of negative signals with expectations that Beijing is easing up on its crackdown.
Alibaba rises as much as 6.5% on July 26 after announcing its decision to apply for a primary listing in Hong Kong that paves the way for millions of mainland investors to directly buy the stock. It surrendered those gains within days as investors assessed the implications of co-founder Ma ceding control of Ant. Compounding matters, Alibaba became the latest to join a growing roster of Chinese firms that face removal from US bourses because of Beijing’s refusal to permit American officials to review their auditors’ work.
The rest of China’s tech universe isn’t faring that well, either. Search leader Baidu Inc. is also projected to report a 5.6% revenue slide in the June quarter. JD.com Inc., food delivery giant Meituan and streaming service Kuaishou Technology are forecast to expand at their slowest pace in years.
Chinese tech executives have warned investors repeatedly to prepare for a new reality of sedate growth, but the downbeat projections paint a gloomier picture than many feared. As Covid lockdowns paralyze business activities in cities from Shanghai to Shenyang, China’s once-reliable economic engine has lost steam.
Retail sales grew 3.1% in June, versus 12% a year earlier. For Alibaba, that translated into expectations that revenue from its bread-and-butter China Commerce division would grow barely 1% — its worst quarter on record.
Even Alibaba’s cloud division is flagging. Its revenue is projected to expand 14.3% during the April to June period, but that’s the second-lowest number in about six years.
“The worst should be behind us as the economy picks up pace and lockdowns ease, but it may be a bumpy recovery depending on the Covid situation,” Chen said. “For tech, top-line sales growth may pick up from here, but earnings may be more volatile depending on cost-cutting measures and investments made over the past year.”