A cooker that makes chicken soft as butter 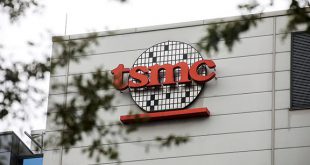 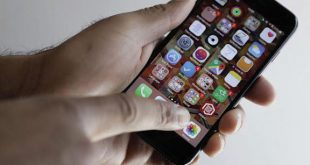 The $410 DeliSofter pot looks much like the rice cookers ubiquitous in Japanese households and it does prepare rice in 24 minutes. But this invention of two Panasonic Corp engineers is designed to
do more and help people with swallowing difficulties.
The two women led the creation of a spin-off company, Gifmo Co, to sell the specialised steam cooker, which they say can turn fried chicken soft enough to be sliced with a potato chip. The machine works by first cutting into food with a series of blades and then subjecting it to extremely high pressure at a temperature of 120 degrees Celsius, rendering many familiar foods digestible without sacrificing the original shape or texture, Gifmo said. It promises to restore a sense of normalcy to elderly people’s lives and diets, allowing them to mash food with their tongue alone.
The DeliSofter is the latest in a long line of nursing-care gadgets to arise in Japan, which has the world’s highest proportion of people over 65. From mechanised beds to robots that can converse with lonely retirees to Honda Motor Co exoskeletons for walking assistance, the country’s tech firms have come up with a slew of innovations to aid the aged. Panasonic spun off Gifmo in 2019 to address that growing market, targeting a food segment estimated to surpass $1.7 billion in Japan alone by 2025.
“We always wanted to stop providing shredded food and have done what we can, but all options were costly and time-consuming,” said Takahiro Koyama, a care home manager in Panasonic’s home town of Osaka, who bought his first unit in the summer and later got a second. “The best part of the pot is it’s pretty much just a button-press away. Our chefs love it as they don’t need to dice food they cooked beautifully. Residents are also happy because it keeps food looking good, improving their appetite.”
The DeliSofter struggles with fiber-rich foods and dishes like octopus or mushrooms, but its function addresses an acutely felt need. It was inspired by the experience of Megumi Ogawa, a 32-year Panasonic veteran, as she cared for her father in his final years. Diagnosed with a condition that made him susceptible to inhaling his food, he would complain bitterly about being deprived of his favourite meals. Choices for him were limited to blended liquid preparations.
“I had to commit hours to preparing special dishes or spend $880 a month to buy nursing-care food just for my father,” Ogawa, who was previously a quality assurance officer, said.
She got the chance to try and solve the problem through her employer’s Game Changer Catapult initiative, an effort to incubate startups from within similar to programs run by other big firms like Sony Group Corp. Ogawa paired with colleague Tokie Mizuno, who joined Panasonic in 1983, and started work on what would become the DeliSofter. Neither had worked in product planning before, but Mizuno was driven to help after seeing how much her grandmother, who lived to 116, was buoyed by being able to eat with her family regularly.
The duo had their public debut at the US-based SXSW conference in 2017, but Panasonic later reconsidered and tried to stop them. The company deemed a cooking appliance for people with swallowing difficulties too much of a litigation risk and also thought mass production difficult, asking Ogawa and Mizuno to return to their quality assurance duties.
Unwilling to give up on the idea, Ogawa and Mizuno turned it into a voluntary project, joined by younger colleague Masaru Morizane, who now serves as Gifmo’s chief executive officer. Before Panasonic, he’d had stints at Corning Inc. and Sony, where he was in charge of mass production for the PlayStation 3 game console.
The creators turned to BeeEdge, a startup funding platform led by Scrum Ventures with participation from INCJ and Panasonic, to set up Gifmo. After the pandemic delayed the product’s release, it went on sale in July last year and has sold more than 1,000 units since then, Gifmo said. The company expects to sell tens of thousands of pots in the years to come and ultimately aims to replace the conventional rice cooker, Morizane said. The DeliSofter is now being mass-produced at Panasonic’s appliance factory in China.
This is just the first of many hardware variants, Gifmo said, with other designs planned to address eating challenges that the current product is not suited for.