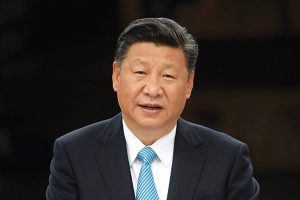 President Xi Jinping’s rumored visit to Hong Kong to mark the city’s 25th anniversary of Chinese rule is in doubt after top officials in the city came down with Covid.
Two senior members of incoming Chief Executive John Lee’s cabinet — including his No. 2 — have tested positive for the virus, the government revealed in a Thursday statement. Lee and his government are due to be sworn in on July 1, at a ceremony that the Chinese leader has been widely tipped to attend.
While Xi’s visit has never been confirmed, it’s been the practice for China’s leaders to attend the swearing in since 1997. Xi last visited five years ago when Carrie Lam became chief executive. The infections come as the city takes a more liberal approach toward the virus than the mainland since an outbreak earlier this year swept through the 7.4 million population. Hong Kong reported 1,522 new cases on Thursday, compared with 44 for the whole of mainland China.
If Xi didn’t come it may show Hong Kong failed to do a good enough job to manage its Covid situation, said Dongshu Liu, an assistant professor specializing in Chinese politics at the City University of Hong Kong.
Local officials attending the July 1 celebrations are expected to enter a week-long “closed-loop” arrangement that would confine them to their homes and workplace, without use of public transport, culminating in one night of hotel quarantine, the South China Morning Post previously reported, citing sources.
“If more officials get infected, it’s probably more embarrassing and awkward than anything,” Dongshu said. “After all, amid all the restrictions and measures in Hong Kong, the people who eventually are infected are them. In the long-term, if society uses these incidents to make fun of politicians, their authority will be undermined.”
Mainland Affairs Secretary Erick Tsang, who keeps his post in the next government, and incoming Chief Secretary Eric Chan are now both in isolation. Chan has been isolating since Tuesday, the statement said, after his wife tested positive for the virus. Chan and Tsang went to work last on Monday and Wednesday, respectively. Permanent Secretary for Development Ricky Lau is also infected.
If Lee and outgoing Chief Executive Carrie Lam test positive it could derail the entire July 1 handover celebration.
Lee has so far tested negative, according to a spokesperson for the office of the Chief Executive-elect. “The Chief Executive-elect last met Mr Erick Tsang and Mr Eric Chan several days ago. Mr Lee took a PCR test on Wednesday and the result was negative.”