Brazil prices tumble most since 1980 on Bolsonaro’s tax cuts 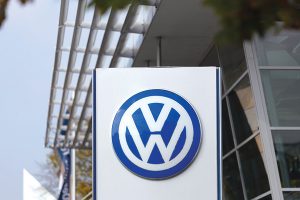 Volkswagen AG is selling a 10% stake in Electrify America, the electric-car charging subsidiary it established in the wake of its diesel-emissions scandal, to Siemens AG, according to people familiar with the matter.
The partners are also set to announce an investment of $450 million in the network, likely to be announced later Tuesday, they said, declining to be named discussing details of the agreement ahead official statements. The proceeds will help fund VW’s goal of doubling the number of electric vehicle charging stations the company operates in North America, one of the people said.
Electrify America has more than 3,500 charging ports in the US and Canada at 807 stations, according to the Department of Energy. The network also has agreements with Ford Motor Co. and Hyundai Motor Co. on electric vehicle charging. The Wall Street Journal earlier reported on VW and Siemens’ being close to a stake sale and investment.
Volkswagen is behind the industry’s biggest push into electrification while working to boost its anemic market share in the US. The automaker in 2017 agreed to spend $2 billion on infrastructure and other projects to promote the adoption of zero-emission vehicles, setting up Electrify America LLC as part of its legal settlement with US authorities following the company’s cheating on the emissions levels in its diesel engines.
Siemens has been investing in new technologies and software in a bid to boost margins with digital services, and has been selling noncore businesses as part of that process.
The German industrial giant earlier this year said it’s spending $54 million at its electrical infrastructure hub in Grand Prairie, Texas, to make EV charging equipment.
In June, Siemens also invested $25 million for a minority stake in WiTricity, a US-based company offering wireless charging solutions for electric vehicles.