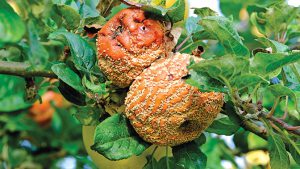 Tens of millions of pounds worth of fresh produce is being left to rot in UK fields because farmers can’t attract enough workers to pick crops, just as the cost-of-living crisis worsens.
About 22 million pounds ($27 million) of fruit and vegetables were wasted in the first half of the year due to labour shortages, according to a National Farmers Union survey of almost 200
growers. Because the poll represents a third of the horticulture sector, the overall figure likely topped $72.60 million, at a time when grocery-store prices are rising at a near-record pace.
“It’s nothing short of a travesty that quality, nutritious food is being wasted at a time when families across the country are already struggling to make ends meet because of soaring living costs,” NFU Deputy President Tom Bradshaw said.
While many parts of the economy lack staff, the farm industry often finds it particularly difficult to lure workers as jobs are seasonal and can mean long hours of physical labour at relatively low pay. Brexit has also complicated recruitment from the EU. The wasted food also comes as the UK recorded its driest July since 1935, further crimping production.
Some 40% of respondents in the NFU survey said they suffered crop losses due to a lack of workers, and growers expect production to drop another 4.4% next year.
British fruit and vegetable output was valued at about 2.7 billion pounds in 2020.
The NFU urged the government to expand a seasonal workers program to prevent crops being wasted and support investment in the sector.