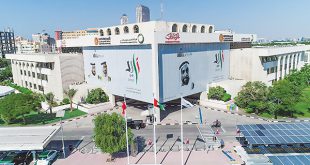 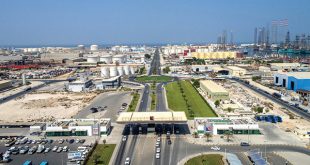 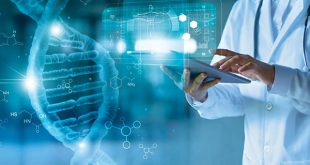 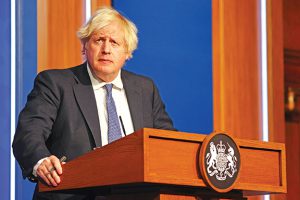 UK business groups called for government support after Prime Minister Boris Johnson announced restrictions to curb the spread of the omicron variant, which Bloomberg Economics estimates could cost the economy as much as 2 billion pounds ($2.6 billion) a month.
In remarks following Johnson’s televised address to the nation, business groups said the measures, which include advice to work from home, would deal a blow to UK’s fragile economic recovery from lockdowns.
The Trades Union Congress said the Treasury should revive the furlough program to support workers in affected sectors. The night-time industries lobby said Johnson threw businesses in the struggling sector under the
bus by introducing mandatory
vaccine checks in large venues.
“Many businesses have only just begun to get back on their feet and this move will inevitably damage business confidence,” said Ruby McGregor-Smith, president of the British Chambers of Commerce. “Critically, firms need to know that the government will support them through this next period.”
The calls will likely be the opening salvo in a campaign to force the government to offer more help for businesses. The Treasury said its 400 billion-pound Covid-19 “support package will continue to help businesses into spring next year and we will continue to respond proportionately to the changing path of the virus,” indicating that no further steps are being considered for now.
The impact of the so-called Plan B to contain Covid-19 will likely hit spending on retail and hospitality as offices empty and customers avoid shops, Dan Hanson, senior UK economist, at Bloomberg Economics, wrote in a report. The curbs will add to the headwinds facing the British economy at the turn of the year, with labour shortages causing higher prices and threatening to cut output.
The announcement also makes it more likely for the Bank of England to delay raising interest rates, even as it expects inflation to exceed 5% next year, more than double its target. The pound was little changed following Johnson’s remarks, having plunged earlier to the lowest level in 2021 after the
reports of the plan.
Using economic data from June, the last time work-from-home guidance was implemented, Hanson estimated the hit to the economy at about 1% of gross domestic product. That would mean a 0.7% contraction in December.
The “introduction of vaccine passports for large events would be less damaging to overall GDP, although they would clearly represent an unhelpful headwind for the embattled entertainment sector,” he said.
Under new restrictions, wearing masks in most public indoor venues, including cinemas and theaters, will be compulsory.
Michael Kill, chief executive officer of the Night Time Industries Association, said implementing vaccine passports in Scotland caused a 30% slump for businesses. “The prime minister has given our sector the horrible present of more pain for businesses desperately trying to recoup losses,” he said.
The CBI, Britain’s biggest business lobby group, called for a consistent approach that would reduce “the oscillation between normal life and
restrictions.”