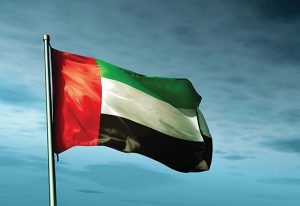 During a United Nations Security Council meeting on threats to international peace and security caused by terrorist acts, the United Arab Emirates called for the international community to redouble its efforts to eliminate all terrorist groups, particularly Da’esh and its affiliates.
“Despite gains made in the elimination of Da’esh leadership, the transnational threat that the group and its affiliates pose to international peace and security is growing,” said Ambassador Mohamed Abushahab, Chargé d’affaires and Deputy Permanent Representative of the UAE to the UN. “This underscores the continued need for the Global Coalition Against Da’esh to maintain pressure on the terrorist group and ensure its enduring defeat.”
Ambassador Abushahab emphasised the need to prevent and counter terrorism in his statement, including by harnessing the power of emerging technologies. “Technology has the potential to considerably improve the quality of people’s lives. However, it can also be a double-edged sword: rapid technological evolution and wide commercial availability challenges Member States’ efforts to prevent misuse by terrorist groups.”
He further stressed that the Council needs to pay greater attention to the capacity of terrorist groups – including Da’esh, Al-Shabaab, and the Houthis – to exploit technologies, especially drones, in their operations.
The UAE also underlined the issue of the exploitation of Islam by terrorist groups to justify their acts of violence and hate through self-proclaimed Islamic titles for their organisations.
“We must not permit Da’esh and other groups to hijack a religion of tolerance and give credence to their pretenses. I want to reiterate: there is nothing Islamic about terrorism,” Ambassador Abushahab emphasised.
Furthermore, the UAE called on the Security Council to use all available tools and instruments in addressing the gaps and emerging challenges in the global counter-terrorism efforts.