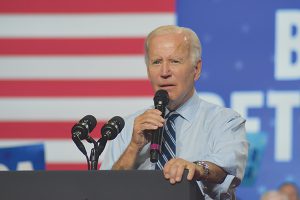 Very few people will confess to being such loyal followers of their political party that they automatically adopt whatever positions it takes. Most voters like to think of themselves as independent: They have their own opinions on the issues, and they support candidates, not parties.
People are not necessarily wrong to think like this — as the political scientists Chris Achen and Larry Bartels have written, voting decisions can genuinely feel this way. But this is not how most voting decisions are made. Political parties shape public opinion far more than most people realize, as this year’s congressional campaigns illustrate.
Consider the issue of abortion. It is conventional wisdom that the Supreme Court’s decision to overturn Roe v. Wade will benefit Democrats in November, because people who care deeply about abortion rights are now more likely to vote. But there is a sizable group of voters who aren’t particularly focused on abortion — and they are guided not so much by their own views of the Dobbs decision, but by their party’s view of it.
You might be thinking: Hey, this is about ideology, not partisanship. It’s about being liberal or conservative, not about being a Democrat or a Republican. But parties organize public opinion so much, even among those with looser political commitments, that the terms “liberal” and “conservative” in most cases just mean “Things Democrats Like” and “Things Republicans Like.”
There is a phenomenon in political science called “thermostatic” public opinion, in which political preferences become more liberal when a Republican is president and more conservative when a Democrat is. This happens even with successful presidents who are skilled orators; public opinion became more liberal during Ronald Reagan’s presidency, and more conservative during Barack Obama’s.
But normal thermostatic changes in public opinion aren’t occurring during Joe Biden’s presidency. Instead, voters are becoming more liberal. When people are asked whether the government is “doing too much” or “should do more,” according to a recent Fox News poll, a majority says it should do more. (This favorable sentiment toward more government, it should be noted, began during Donald Trump’s presidency, when it counted as a normal thermostatic reaction.)
Some political scientists have speculated that the reason for the shift is that the most high-profile policy change this year has been the Dobbs decision overturning Roe v. Wade, along with laws passed in many states to restrict abortion. People are reacting to the policy trend — toward Republican goals — rather than to who is president. 1
That adds another complication: Isn’t what’s happening here an expansion of government — adding to its legal and regulatory authority? One might think that the thermostatic reaction to that would be to support a government doing less. But it isn’t.
A better explanation comes from understanding how parties influence people’s views of politics. People don’t think of Dobbs as a shift toward bigger, more active government. Instead, they tend to view it as policy movement in the Republican direction. And so they are moving against Republican positions and ideas — including, as the Fox poll shows, what they recognize as the Republican position on the proper size of government.
In other words: Whenever people perceive Republicans as “winning,” they tend to more favorably view ideas they associate with Democrats, and vice versa. This is true even if the victories in question are unrelated to those ideas.
Voters may feel as if they’re making an ideological judgment, not engaging in partisan reasoning. What this misses is how much the parties define ideology. It is the political parties that say which issues or developments count as “conservative” or “liberal.”
To be clear, there’s nothing wrong with parties doing this, or with people deciding how to vote or what to tell a pollster based on which party they prefer. People are busy, and not everyone has strong views on every issue. Parties are a useful proxy. They allow people to come up with quick provisional decisions about politics. Without them, large-scale democracy probably can’t work.
On the rare issues on which people have strong personal views (for some, that may be abortion; for others, it might be marginal tax rates), different patterns may take hold. Their views might push them to switch parties — and then to adopt a lot of their new party’s other positions. Or maybe they will remain in their party, but try to bring it more in line with their views.
Most of the time, however, it’s the party — not the issue or the candidate — that is driving public opinion. 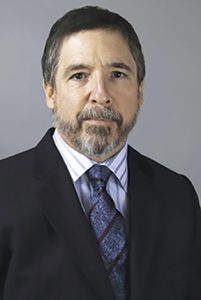 Jonathan Bernstein is a Bloomberg Opinion columnist covering politics and policy. He taught political science at the University of Texas at San Antonio and DePauw University and wrote A Plain Blog About Politics